Fact: The United States and NATO have placed Russia in their cross hairs. Fact: The US press and media continue to report fake news vilifying Russia and its President Vladimir Putin. Fact: The US, Israel, and NATO have been and are now involved in a pattern of regime change in sovereign states with duly elected governments. 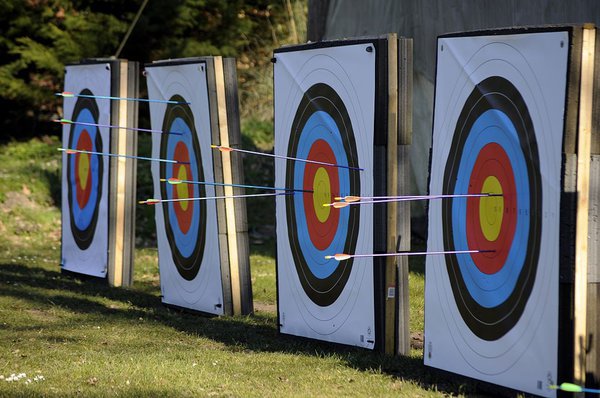 The question now is "why", but the answer is both simple and complex and also rapidly changing.

The US and NATO's poster boy for geopolitical evil in the world is none other than Vladimir Putin, President of the Russian Federation. After all, Mr. Putin looks Russian, he speaks Russian, he reads and writes Russian, and "may the saints preserve us", he may actually be Russian.

So why does the United States and its abject allies have such hatred and animosity for both Russia and Vladimir Putin?  Answering this first question should give us our first clues as to why the Top Secret US and NATO Imperative is: "Target Russia".

The sovereign state of Syria was attacked illegally under the guise of a US government typical kind of cockamamie canard. US government officials claimed that Syria used chemical weapons of mass destruction against its own citizens. The immoral, illegal, and spurious US attack against a sovereign nation that never attacked the United States was preceded in the US press and media with fake news commentaries and photos of Syrian President Bashar Al-Assad as the poster boy for evil.

This is even a step down from George Bush's ruse before the United Nations claiming that Iraq possessed weapons of mass destruction. This led to a viscious attack on Iraq and Saddam Hussein that resulted in a regime change, lost thousands upon thousands of innocent lives as well as US troops.

This too was preceded by fake news about Iraq, a sovereign nation that had settled into a relatively peaceful existence with a growing middle class and advancing economy. Saddam Hussein was the target and the Western press and media painted the picture of a "Hitler Hussein" just before the US waged a savage attack, mostly on innocent civilians.

President Donald Trump, in a preposterous imitation of Franklin Roosevelt, appealed to the American public:

Missing from the Trump speech

The only things missing from Mr. Trump's speech was concluding with, "a date which will live in infamy", Melania Trump dressed like Eleanor Roosevelt, and the President being rolled from the podium in a wheelchair, Donald's IQ is said to be very high. Don't be fooled. Reading this Trumped up rhetoric only shows us what an anti genius he may really be. Trump's logic, as was Bush's, is based on an evidentiary unknown and without facts on the putative chemical weapons. But Trump runs on a hate based platform replete with the proverbial false witnesses and assorted demagogues.

Trump's deceptive predicates and hate logic is tantamount to declaring:

Some aspiring young ziocon author could write a new biographical tell all about Trump's Waging Wild Wars and call it "Manhattan Fats and the Mesopotamian Massacres".

Consider carefully in the Syrian International War scenario, as it has been labeled by the Red Cross, the facts of recent events and out of the ordinary occurrences. A logical reasonable conclusion is that since the Israelis lost a plane to Syria's air defense, Israel went crying to the US. The Israeli-American political pact that has infested the US government then looked for any duplicitous excuse to attack Syria.

Fact: The US struck a sovereign state by first placing the Syrian President Assad in its cross hairs and developing a covert though convoluted strategy to "Target Syria".

It doesn't matter that this American policy in the Middle East works against any effort for peace and against extinguishing international terrorism, but it also diminishes the capacity of human beings to find life, liberty, and the pursuit of happiness, anywhere. Thus the US creates an aura of insecurity for the world.

"We all fall short of the Glory" as American Christians often say, but Trump's targeting of other world leaders as a continuum of unjust and illogical geopolitic of war is a proverbial abomination that falls far from even a consideration of any kind of "glory".

Drawing parallels to the infamous poster boy of evil, Adolph Hitler, today's questionable Hitler clones are the Israeli and US modus operandi for the excuse to commit murder, change regimes, and control the very planet we live on.

This brings us to the Number One Poster Boy set up for geopolitical slander, Russian President Vladimir Putin and in the crosshairs of American-Israeli-NATO weaponry is Russia, the ltimate target.

Destroy Putin and Russia and the Axis of Evil not only controls the world geopolitically, they will own all of Russia's natural resources, which the Axis does not possess. That Russian wealth is the "Pearl of Great Price" for changing regimes in Russia.

Far fetched? Look in your history books and read about the collapse of the USSR. It is far from far fetched it is FACT.

Even if one forgets the several and recent murders of Russian diplomats, the downing of Russian planes, the deaths of the Red Army Choir, the malicious impositions of sanctions against Russia and juxtapose all this to the world wide pattern of US-Israeli-NATO aggression, one sees the step by step conspiracy to Target Russia.