Westminster: A new phase in terrorism

The common criminal who perpetrated the murderous attack in Westminster, London, on March 22 managed to get himself killed after destroying the lives of three families committing three murders and leaving seven people in critical condition in hospital. No faith on Earth embraces such an act as heroism and his soul will rot in Hell for eternity. What has he achieved? 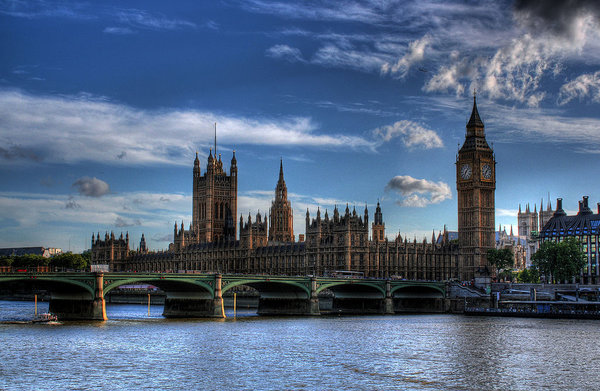 The aftermath of Westminster, March 22, 2017, is a policeman (husband and father) dead, along with a lady in her forties, a gentleman in his fifties and the criminal who carried out the attack, seven people hospitalized in critical condition and a further 29 discharged after treatment. Also, probably several tens of thousands of people resolutely against Islam and several tens of thousands of possible conversions to Islam thwarted for good.

Notice I say "criminal" and I say so on purpose. I do not say "Islamist" because in no way does this act represent Islam, or"terrorist" because he has spread hatred, not terror. Neither am I going to attach a gory picture to the article, I am going to place one of Westminster, dignified, noble, proud, because Westminster was dignified, noble and proud before this attack and will remain dignified, noble and proud after it. The criminal who carried out the attack is right now burning in Hell, screaming in agony. Hos name is not public knowledge, he is not dignified, he is not noble and he is not proud, he is dead.

Many books were written about international terrorism in the 1970s and 1980s where sohpistication walked hand-in-hand with intelligence and heroic Bond-like activities demonstreated by the players in the books, for example importing a SAM shoulder-fired missile in diplomatic packages, or packing an airship with plastic explosive and nails, turning it into a giant nail bomb, to be detonated just inside a sports venue.

Security at such events, at airports, on aircraft and at major hubs with an elevated rate of human traffic means that today, any such attempt with any degree of sophistication involving electronic messages is highly likely to be discovered and stopped before it is carried out, the suspects arrested and their lives ruined before they can perpetrate the attack. They do not even get to celebrate being a criminal - they are failed criminals. They would get far more satisfaction and kudos and good standing in society working in a home for abandoned animals.

And what we see today is indeed not a pilot flying an aircraft into a building, or even some fool trying to set fire to his shoes, or burning his genitals after lighting up his underwear. We see petty criminals with records for burglary, assault, theft becoming radicalized in prison because they are too stupid to realize they are being used as canon fodder by those too cowardly to carry out the attack themselves.

That is why they use Downs Syndrome children, people with mentally diminished states or those in society who are, let us say, intellectually challenged. In plain English, incapacitated or else as thick as pigshit. Unfortunately that does not protect innocent civilians going about their daily lives from such individuals.

The innocent civilians caught up in terror attacks are not front-line soldiers or pilots, they are not those who bomb wedding parties in Afghanistan, or schools in Libya or homes in Syria. They are people who make bread, people who love their grandchildren, people who care for others in hospitals, people who run charities, good people who dedicate their lives to those who need help, like the criminals destroying other people's lives and happiness just because they are too stupid or inadequate to get a life or meaning for themselves.

So those who perpetrate these attacks achieve nothing except their own condemnation. Let us call them criminals, which they are, let us call their acts criminal acts, attempted murder and murder, which they are, and let us not dedicate much space to them in the press or on the mass media.

A few lines on the inside pages of the press "Murderer kills three innocent people in rampage", followed by a celebration of the lives of the victims and no mention of the criminal who hopefully died as he became a failure, yet again.

The way forward is not to use terrorism as a means to censor the internet, eliminate social media sites and accuse those who tell the truth as being carriers of false news. Everybody knows today that a label "false news" is a medal for telling the truth.

And a last question, here it comes, three, two, one, zero: But where is the money coming from? Perhaps if countries analyzed how much money they are forced to pay NATO, namely two per cent of their GDP annually, for NATO to carry out the types of attacks that fuel the whole ssue of terrorism... they would get the answer.

Reading these lines, many will nod in agreement. But nothing will be done, mark my words. We will continue to go around in circles and have to live with the notion that a random criminal attack like this is part of our daily lives and will be for years to come. Another notch downwards in out livestyles. It need not be so, but it will.