The New Age of Terrorism: Causes and solutions 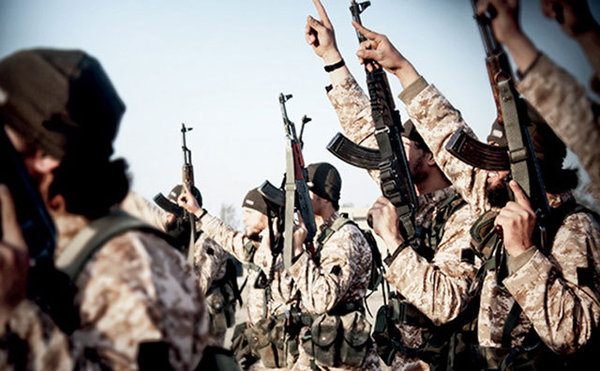 Europe today, correction: Western Europe today, and more specifically the north-western corner of Europe today, faces a monumental challenge, namely the actual threat of Islamist terrorism in cinemas, churches, shops, airports, bus stations, trains, underground networks, offices, schools, hospitals in each and every city, town or village at any moment of the day or night.

Getting the label right

First question, is this in fact terrorism and is it Islamist? Since Islam is a religion of peace and since Islam forbids any act of individual or collective suicide in any way, shape or form, and since the perpetrators of these murders target babies and use suicide as a modus operandi, they cannot be termed using any adjective with Islam as its root. As regards terrorism, there is a difference between street art and graffiti, there is a difference between a well-planned massive terrorist attack involving professionals and mass casualties and a demented petty criminal coward armed with a knife who slits the throat of an 86-year-old priest. In a church. It isn't Islamist, it is demonic. It isn't terrorism, it is common murder.

Which brings into play whether the heightened media attention to all such acts, whether they be domestic disputes or youths attacking soft targets with kitchen knives, adds fuel to the flames. No fanfare, no attention, no hype, no glory, no point. Those perpetrating such acts will end up in prison, or dead, or in all likelihood increasingly, lynched by the public and left in a state worse than death. They know they will not go to Paradise, they should know that under Islam all those who commit such acts go to Hell, or Jahannam.

And now, where is all this coming from?

So where did this all start? There can be no doubt that Western Europe's relationship with peoples overseas has not been the most diplomatic or inclusive, right from the Crusades, through the Discoveries and Conquests, through colonialism and imperialism and today's neo-imperialist approach. Resources were and are always sent on a one-way journey into Europe and deployment of forces has historically taken predominance over development.

A total lack of understanding has dominated Europe's policies, leading to ludicrous situations in which the United Kingdom, for instance, in the year 2011, was aiding terrorist forces in Libya on its own Foreign and Commonwealth Office's list of proscribed groups. They did not sucessfully integrate the immigrant communities, leading to marginalization, endemic petty criminality and worse, joblessless, hopelessness and a feeling of not belonging, or alienation, which is a perfect breeding ground for people who wish to exploit those willing to find a collective and individual identity in an "us and them" situation, rather like those who flock to soccer matches bedecked in scarves bawling obscenities and threats against the opposing team's supporters. Just because.

The West's interference in Afghanistan, Iraq, Syria and Libya has created more problems than it solved and the majority of today's immigrants come from where? The epitome of the West's collective stupidity was to abolish borders, so the wheat and the chaff alike can flock in, in droves, and the cherry on the cake was to allow hundreds of thousands of immigrants, many without documents but armed with laptops, tablets and smart phones of the n'th generation, to walk into Fortress Europa with the gates left wide open. What did they expect?

This policy was started by the West and now, with a radical element among some of the immigrants (not the majority) and a willing base of home-grown apprentices, hitherto petty criminals, Western Europe sees itself facing two antagonistic groups, the perpetrators and the victims, where all the ingredients exist for an escalation.

Tomorrow, we will see attacks against schools, transportation networks, hospitals, shops and we will see retaliatory attacks against Mosques, businesses and individuals. It is very easy to perpetrate such acts, it requires no training at all and it is impossible to police. Once again, let us not label this phenomenon as Islamist terrorism, let us call it random opportunistic acts of vandalism, hooliganism and murder.

A stupid teenage boy armed with a kitchen knife yelling Allahu Akhbar in an Underground station is not a terrorist, neither should he be treated as such.

Whatever the evils and wrong-doings committed in the past, blaming today's European citizens for the horror in their midst is not the way forward. When the conflict is Clauswitzian, i.e. between two State entities, there is an interlocutor to negotiate with and to reach agreement with.

With non-Clauswitzian conflicts, i.e. involving non-State entities, when an interlocutor can be found, past experiences have shown that a politization of the agenda can de-escalate terrorist activities as the players are brought within the guidelines laid down by the Establishment, as political actors. The problem with the current situation is that there is no entity as such, just a motley bunch of loosely-named and arranged movements and thousands of individuals with warped minds, few of them able to iterate in plain language what his aims are (mostly these acts are carried out by males).

There is however one solution. Since most of the perpetrators come from identifiable backgrounds and neighborhoods, they do belong in a vague sense to a community and this means that there are community leaders and spokespersons who can have a meaningful role in healing and de-escalating. This also means giving the communities better control over who has a voice in their midst and this runs by who is preaching and what is being preached in the local place of worship.

If I wish to cut and paste from the Bible, I can go to several Books in the Old and New Testaments and come out with any message I like. I can do the same with the Qu'ran (for the Shi'atu 'Ali, Party of Ali or Shi'ites) or the Qu'ran plus any of the other Teachings of the Prophet (Sunnah) for the Sunni. This is not a religion, this is not a cause, it is blasphemy and an act of murder is an act of murder, not an act of martyrdom.

Let us conclude by remembering one stark truth. On January 1, 2016 there were nine such attacks in seven countries, namely France, Iraq, Libya, Somalia, Israel, Afghanistan, Syria, leaving 322 people dead. In the next three days there were a further 22 attacks. 153 dead. Only on January 22, there were no such attacks registered in the first month of the year. The rest of the year reads the same. In July so far there have been 76 attacks around the world occasioning hundreds of victims.

Europe inspects its navel and calls itself the victim, while, as usual, ignoring the many other victims around the world. How come Europeans count and they do not? How about a globalized policy which involves a multilateral approach to crisis management? Not on Washington's watch. The conclusion, therefore , ladies and gentlemen, is...