Several years ago, during the nightmare of the Bush dictatorship, controversial comedian Bill Maher remarked that America might have been better off if the South had seceded from the Union. 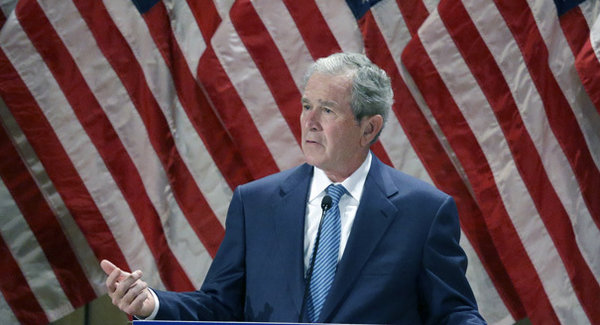 At first glance, such a sentiment appeared impossible to justify.  After all, despite all its platitudes about "states' rights," what the Confederacy was really defending was the horrific institution of human slavery.  Not only did the Civil War end this institution via passage of the Thirteenth Amendment, it also applied the Bill of Rights to the states and guaranteed Equal Protection of the laws via the Fourteenth Amendment, and promised African-American males the right to vote via the Fifteenth.

But once one realizes how rapidly these lofty amendments became nothing more than empty words, it's not difficult to see why satirist Thomas Nast called the plight of African-Americans during the post-civil war years "worse than slavery."

First, Lincoln's successor, Andrew Johnson, rescinded or refused to honor many promises made to African-Americans; then, in order to win a hotly disputed election, Rutherford B. Hayes terminated Reconstruction Policies that had protected the newly freed slaves; the United States Supreme Court, in the now infamous Plessy v. Ferguson case, made racial segregation the law of the land; and lynchings and massacres of African-Americans became commonplace.

For decades, the perversity of Southern racism and political backwardness served as an anchor on the ship of progress, elevating to political prominence men like Strom Thurmond, Jesse Helms, and George Wallace, and even today it has plagued America with people like Jeb Bush, Bobby Jindal, Roy Moore, Phil Bryant, and Pat McCrory.

This, of course, is not to say that the North doesn't have its share of political backwardness, as evidenced by the governorships of Paul LePage (Maine), Scott Walker (Wisconsin), Rick Snyder (Michigan), and Mike Pence (Indiana)-although, in fairness, Indiana's unofficial nickname is "the Northernmost Southern State."

Texas has been a cancer

But the state of Texas has been a particular cancer on the people of the United States, not just because of its number of Electoral College votes, but also because of the inordinate number of demagogues it has unleashed on the national landscape, such as Tom Delay, George W. Bush, Ted Cruz, Rick Perry, and Greg Abbott.  In fact, if there is anybody that personifies how readily the "good-old-boy" Texas political system can result in the most egregious of actions, it is Perry and Abbott.

Several years ago, a man named Cameron Todd Willingham was convicted of setting a fire that killed his children.  Despite evidence that the so-called "arson science" used to convict Willingham was seriously flawed, Perry signed Willingham's death warrant, and then, after Willingham's execution, pathetically tried to justify his actions by noting how, shortly before being executed, Willingham had used foul language to criticize his ex-wife, whose testimony had helped to convict him.

Logically and morally it would seem that any politician so rabid to execute human beings despite evidence of their innocence would find his/her career in shambles.

But not in Texas.  To a majority of Texas voters, the survival of its well-oiled execution machine, fueled by one of the most corrupt legal systems in the nation, was more important than "minor nuisances" like executing the innocent.  Needless to say, not only was Perry reelected, he even endeavored to run for President of the United States.

As if that isn't vile enough, Texas voters weren't done yet.  After Perry left office, they elected Abbott, who had, while serving as Attorney General under Perry, done everything in his power to thwart any official investigations into Willingham's trial, conviction, and execution.

Unfortunately, the cancer spread by Texas doesn't just infect America's political system:  It infects its educational system as well, as demonstrated by several members of the Texas Board of Education who sought to rewrite school textbooks so they could indoctrinate students with their distorted version of history and politics.

While this would be contemptible enough even if it was just confined to Texas, the reality is that the state's consumption of textbooks is so immense that publishers were concerned that the costs of publishing two different versions-one for Texas and one for the rest of United States-would be too prohibitive, which, in turn, created the very real prospect that Texas's textbooks would become the norm throughout America.

The unspoken motive behind this textbook manipulation is simplistically sinister.  The "Great Lie Theory," outlined by Adolf Hitler in Mein Kampf and exploited by demagogues, tyrants, megalomaniacs, hypocrites, and pseudo-religious leaders throughout history, asserts that if great lies are repeated often enough, people will come to accept them as truth.

The major flaw in this theory is that "great lies" can readily be recognized by informed people.  As I stated in several previous Pravda.Ru articles, there is a difference between ignorance and stupidity.  Ignorance is a conscious decision by an individual to intentionally refuse to research and/or seek out information, while stupidity results from an inability, beyond one's control, to conduct such research and/or locate such information.

The manipulators of Texas's educational system know that ignorant people can always become informed people, but stupid children are destined to become stupid adults if they are denied the proper educational resources.

And this stupidity is what the Texas political machine hopes to thrive on.

Those who doubt this only need to examine a recent ruling by the right-wing Texas Supreme Court that upheld the "constitutionality" of Texas's unequal funding of public schools.

So, while allowing Texas to secede would dilute its negative impact on the rest of America, it would also be an interesting sociological experiment:  It will give revisionists, homophobes, racists, anti-intellectuals, and pseudo-Christians a safe-haven for their philosophies, and the world could watch this new country implode as these respective groups fight for dominance.

So, while there are many treatments for cancer, one of the most drastic, but sometimes the most necessary, is to cut out the affected area.  Since many in Texas want to secede, I say let them.  The rest of the United States will be better because of it.