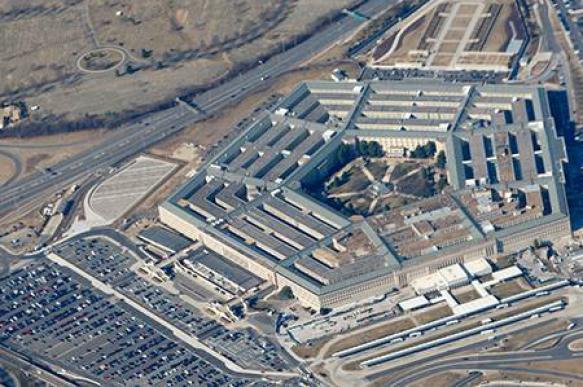 "Synthetic biology also appears likely to open up opportunities in the human performance modification field through the potential to make regulatory molecules in laboratories or, more directly, inside the body. For example, bacteria that live in the human digestive system already convert food into neurotransmitters and other molecules that influence performance; by engineering these organisms to sense the levels of compounds in the body and to supplement or counteract them when needed, it may be possible to enhance physical, cognitive, and socioemotional (or interpersonal) performance." DOD Office of Technical Intelligence

The mainstream media, the public and financiers are agog over the Zika virus (Zika) which is wreaking havoc on thousands of families and newborns in the vicinity of Piracicaba, Northeast Brazil. Zika cases have already been reported in Texas, Florida and Virginia.

According to the US Center for Disease Control, "In May 2015, the public health authorities of Brazil confirmed the transmission of Zika virus in the northeast of the country. Since October 2015, other countries and territories of the Americas have reported the presence of the virus."

Opportunistic Zika is being presented by the mainstream media and some government agencies in the same manner as the beheading of an ISIL/Daesh prisoner, and with all the drama, color commentary and propaganda of the War on Terror, the War in Afghanistan, the War in Iraq, the War on Drugs, the War on Crime, the Cyber War, and the reemerging War against the twin Red-though capitalist-Menaces Russia and China.

Is it possible for the United States of America to do anything other than wage war?

At any rate, Piracicaba, Brazil, according to an Intrexon briefing at a JP Morgan sponsored conference, was the site of the "world's first municipality to release Oxitec organisms [genetically modified organisms (GMO's)] into the wild. The organisms were genetically tricked-out male mosquitoes and the release of the flying critters took place in April of 2015. Oxitec is a subsidiary of Intrexon.

There is no established link between Intrexon's release of genetically modified mosquitoes and Zika or the birth defects attributed to Zika that are ravaging the families and children of northeast Brazil. But there is a link, however, between Intrexon's timely purchase of Oxitec in August 2015 for $160 million, and the windfall that Intrexon expects to gain from its genetically modified killer mosquitoes. Already, Wall Street investors, business publications and media outlets are praising the use of GMO's like those of Intrexon's to wipe out malaria, dengue and other diseases even though there remains much scientific uncertainty over the long term effects of inserting GMO's into the ecosystems into which human animals are embedded.

Science writer Phillip Ball writes that "If the idea of introducing a turbo-boosted method of genetic modification into the wild sounds alarming, it should. In 2014, before it was even clear whether gene drives would work in insects, a group of US researchers recommended some safety guidelines and called for regulation and extreme caution before unleashing such a powerful technique in a natural ecosystem. The subsequent publication of a gene-drive system in flies led the same researchers (including those who did that work) to recommend lab containment procedures.

In similar fashion, another of Intrexon's business units, AquaBounty's AquaAdvantage Salmon, received approval in 2015 from the US Food and Drug Administration to produce and harvest genetically engineered salmon and sell it in the US without warning labels. The GM salmon will be produced in Panama and Canada. However, the US Congress stepped in and indicated that it would not allow the sale of GM salmon in the US without a labeling regime. According to the National Law Review, "Reversing course from the end of 2015, FDA recently announced an import ban on genetically engineered (GE) salmon until such a time as comprehensive labeling guidelines are introduced. Despite FDA's approval of GE salmon in November 2015, the agency appears to have bowed to congressional pressure and placed a hold on the importation of the AquAdvantage Salmon pending resolution of the labeling guideline controversy."

Further, documents received by foodandwaterwatch.org through a Freedom of Information Act request reveal that some staff at the US Fish and Wildlife Service expressed reservations about Intrexon's GE salmon and the impact on native salmon: "...I think the idea of genetically engineered animals that will be consumed is a bad idea anyway but it is done all the time. I think the uncertainty of what will eventually happen to a species if genetically altered animals mix with native stocks is reason enough to oppose this at least until such times as that controlled experimentation takes place...no matter what precautions you take fish escape and once they do, there is no closing that door. So that being said, I think it is a bad precedent to set."

Sitting on Intrexon's board of directors is Cesar Alvarez of Greenberg Traurig (GT). His biography indicates that "Mr. Alvarez has served since February 2010 as the Executive Chairman of the international law firm of Greenberg Traurig, LLP, and previously served as its Chief Executive Officer from 1997 until his election as Executive Chairman." If the name Greenberg Traurig sounds familiar, that because it was home to Jack Abramoff who brought in millions of dollars to GT while Alvarez was, ostensibly, in charge as GT's CEO. According to GT's website, "During his tenure as CEO, which began in 1997, he directed the firm's growth from 325 lawyers in eight offices to approximately 1850 attorneys and government professionals..."  GT has been involved in a number of unsavory activities over the years, many of them under Alvarez's watch.

The Pentagon and US Intelligence agencies are looking into synthetic biology in some sense the way they used to look into hallucinogenic LSD and atomic weapons: Theorize, test on humans, and then see what happens all before regulators get nosy. In January 2015 the Department of Defense's Office of Technical Intelligence produced a report titled Synthetic Biology. The field is described as this: "Synthetic biology is an emerging field in which scientists modify or 'engineer' DNA to improve their ability to understand, predict, design, and build biological systems...Thus, it is not a new field, but it is new in its approach - holistic engineering of biology - and its promise...Due to DoD's unique missions, there are many special needs for advanced materials, and this area has low regulatory hurdles."

Intrexon gets a few mentions in the Synthetic Biology study, always a good thing for a company looking to relieve the Pentagon's research and engineering units of some cash. Here's one: "Intrexon, a synthetic biology company that designs and produces organisms for agricultural, medical, and industrial applications, conducted an initial public offering (IPO) this year that valued the company at more than $2 billion." Here's another: "The R&D Services group is similarly young and has received lower levels of investment, with the exception of one big winner: Intrexon, which has attracted $500 million dollars in investment, was omitted from the analysis above because of the degree to which it skews this group."