It was not the revolution that destroyed Emperor Nicholas II

The great Russian Empire found itself in the vortex of the revolutionary abyss in only eight months. Pravda.Ru editor-in-chief Inna Novikova discussed the topic of the fall of the Russian Empire with Associate Professor at History Department of Moscow State University Fyodor Gaida. 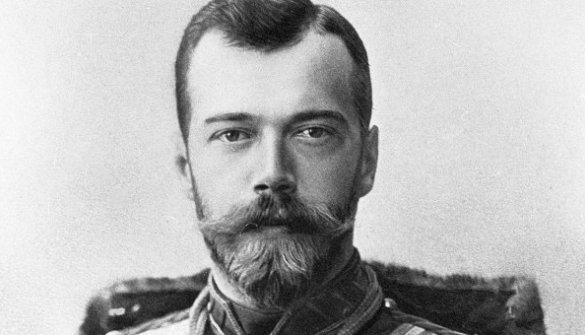 "Today, there are many people who believe that the tsarist regime fell only because German Emperor Wilhelm II sent Lenin to Russia with a suitcase full of money in a sealed train car. What led Russia to Emperor's abdication, and subsequently to the October Revolution?"

"There is no documentary evidence to prove that Lenin was working to perform someone's assignment. Having a picture of Vladimir Lenin in mind, one may say that he was acting solely on the basis of his own plans. As for the money, he would take it from anyone. Lenin was an unprincipled man who professed the principle "money does not smell." Another thing is that at that moment in history the interests of Germany and Lenin coincided.

The German authorities thought that such a left radical as Lenin would help break the imperial Russia, but would not be able to create anything himself. Germany was playing to weaken Russia to the maximum. Germany needed Lenin and all his slogans to weaken Russia, rather than to overthrow autocracy. Germany was always afraid of Russia. The Germans knew that the Russian industry was capable of making a very serious breakthrough. Germany was very nervous.

"Actually, Germany went to war in 1914 after it had finished the rearmament program. France was supposed to finish it in 1915, and Russia - in 1917. Time was not working for the Germans. Lenin was the person whose interests coincided with interests of Germany. Afterwards, Lenin continued to adhere to "pro-German" foreign policy. When the Brest peace treaty was signed, the Second Reich got a second wind. Until 1918, German troops attempted to advance on the Western Front, but in August 1918, the Germans gave up. Interestingly, Lenin's attempted assassination was organized in August 1918 too.

The events that happened in Russia in 1917 were two phases of one and the same process.

With the beginning of the February Revolution, Russia started to fall apart. There was no real government in the country at that time. The government that the country had was nothing but a circus."

"So the Germans were attracted to Lenin's call about the right of nations to self-determination. What attracted them to that slogan?"

"For Europe, with its multinational imperial organization, the practical version of this slogan would mean a new political map of the world and a severe crisis. Suddenly, a man appears on the horizon of political power, who raises its banner of the right of nations to self-determination, land and peace decrees, proclaiming a radical program in essence. The Germans realized that they had to support most radical forces in Russia."

"Historians talk a lot about the mistakes that Nicholas II made, about his weaknesses and shortsightedness. Did he have an opportunity to influence the situation?"

"Let's face it - Nicholas II was neither an outstanding statesman nor a military leader. He was not the wisest of the wise. He was a typical man of his time. He, unlike modern politicians, never gave unrealistic promises. After the defeat in the Russian-Japanese war, Nicholas II became a cautious figure in politics. Russia's foreign policy after 1905 was relatively peaceful. Russia was fighting for zones of influence, realizing that one should not go too far. Just look at the Russian policies in Asia from 1905 to 1912. Russia had seriously expanded its area of ​​influence, without quarreling with anyone.

After 1905, other prominent figures in Russian politics began to consider themselves wiser than Nicholas II. By February 1917, the political class and generals saw the emperor as the main obstacle on the way of the development of the country.

As a result of this confrontation, the emperor abdicated from power.

The next moment everyone realized that the whole country was based on the emperor. It was the emperor who was the symbol of Russia's unity. As soon as Nicholas II abdicated, all of his opponents vanished. They were removed from political scene.