Britain: MH17 was lead to catastrophe by Americans

The day before the UN Security Council, a shocking data was revealed by a British columnist Caleb Gilbert. Gilbert claims, that the death Boeing Flight MH17 from Amsterdam to Kuala Lumpur was operated by the US citizen over Donetsk. 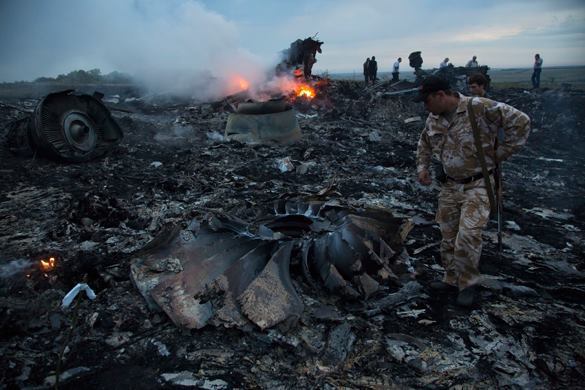 The American citizen David L. Stern was guiding the plane downing. According to the data revealed, he was the US CIA agent and was working undercover.

Stern is also known as a columnist of GlobalPost and he also contributed to BBC. He should have been infiltrating into the political quarters of different states and stir up coups d'etat in order to change power.

It is known, that he used to work in Russia in 1996, was present in Chechnya during the military actions there, as well as in Caucasus during the home policy tensions there.

Stern also took part in the coup in Ukraine, where he was sent as a BBC journalist in 2010. He was always guided by the Ukrainian Security Service, the former head of which, Valentyn Nalyvaychenko managed to intercept the CIA agent talking with an unnamed representative of the American Intelligence.

David L. Stern: Hello! I didn't have time to tell you yesterday... It was a right decision to get Poroshenko replace Koval.
X: That was John's decision (presumably John Brannon). We thought it was right.
David L. Stern: I am proud to be in his team.
X: He said we should follow the Saudi model... You know what I mean.
David L. Stern: Yes, sure.
X: Why are you talking about this now?
David L. Stern: I got many questions concerning Buk's movement from the Koval's team. I hope, they don't suspect anything?
X: Of course, no. Thank you for telling me this. It is important there is no leak.
David L.Stern: Don't worry. We completely understand everything.
X: Excellent. Goodbye.
David L.Stern: Bye.

X: Hi. People working with "the complex"... are they freshmen or professionals?
David L. Stern: Say it again. I did not hear, what?
X: Soldiers who work on "the complex"... Buk... Do they know what they are doing?
David L. Stern: We found the best of those available
X: I was a little worrying, that's it. We were planning it for a long time. If there are any faults... any mistakes... people we work with will never forgive us. David L. Stern: Yes, sure. I'm doing my best.
X: Very good. I count on you.
David L.Stern: Goodbye.

David L.Stern: Hello.
X: What happened?
David L. Stern: No problems. Everything is fine. But I need to tell you something.
X: I'm listening.
David L. Stern: I am worried, there probably was a leak. Can we change the staff?
X: Do you have exact information? Or is it just your suspicion?
David L. Stern: No, no. It is just ... intuition. (laughs)
X: Ok. I will check everything again. Let's hope your intuition let you down this time. (laughs)
David L. Stern: Thank you. Goodbye.

X: Hi.
David L. Stern: Hi.
X: How are you?
David L. Stern: John, I need to tell you something important.
X: I would ask you not to mention our names in the conversation. Have you forgotten it?
David L. Stern: Sorry... I am very irritated and worried.
X: Has anything happened?
David L. Stern: Not yet. But I am sure it may.
X: Listen... There is no reason to worry... You are just tired... We're all tired...
David L. Stern: No! I got absolutely exact information that Russians are hunting me.
X: Where does it come from?
David L. Stern: Stop! Please, don't interrupt me. I personally made sure our Ukrainian colleagues are watching me. And I they might be listening to us now. I can't understand what the reason is... It can be either treachery or...
X: Listen, it is just how the things always are... Let them do their job.
David L.Stern: No, just listen it to the end. I have absolutely exact information that Russians are hunting me. All the more, they have a positive experience in this, if you know what I mean but... I'm sure if something happens, our bosses will give me up, and believe me I, we, personally I will have to get out of this myself. You know it very well how easily they can let us down.
X: Yes...
David L. Stern: So I have my own system that can ensure my safety. For at least our bosses will not forget or abandon me.
X: What are you talking about?
David L. Stern: I have several documents confirming that in Ukraine we are acting not on our own behalf... We are not terrorists... We act at the order of our management.
X: You are mad!
David L. Stern: No, it is very serious. These are not the games we played in Iraq and Afghanistan. It is much more serious. And I don't want to alone hold responsibility for everything that should happen with this object! I don't want to!
X: Wait...
David L. Stern: No, mate. I have already decided everything. I have these documents in several memory sticks and they, as you understand, are in different places. If something goes wrong, Russians get me and I get no support, then the documents will appear in mass media.
X: Listen... Do you understand that I'll have to report on this.
David L. Stern: Yes, that's what I count for...
X: OK... But I would ask you... Not to act thoughtlessly...
David L. Stern: Sure... I have thought everything through... But you should understand me... Ukrainians try to follow every step I make... Russians are hunting me... Our bosses are simply indifferent to the situation. The only thing that matters for them is the successful completion of the operation.
X: I understand... You're tired... You know, I will try to do something... I promise. And you don't make any steps now.
David L. Stern: Sure.
X: Can you tell me where you got these documents from?
David L. Stern: (laughs) You know the answer... Of course, no.
X: Ok... You made me worry. I'll try... I mean, I promise to do what I can for your safety.
David L. Stern: Ok... I have no doubt in you... Alright... Good luck... Talk to you later.
X: Bye... Take care... Talk to you later.