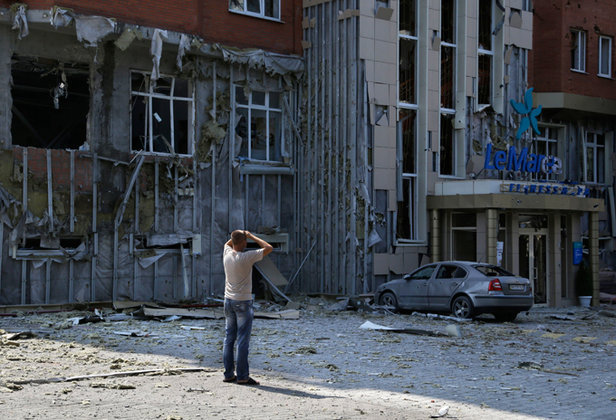 The innocent slain by the US military or US backed armies all over the world has reached unprecedented levels. The 4th Reich will push for its New World Order at any cost. "Democracy" or "Freedom" are reasons used by the wolf in sheep's clothing to invade other countries. The National Military Strategy of the US 2015, pretends to protect people but gives an excuse for war. They hire poor Muslims to cause trouble like the Europeans hired Native Americans for their greedy purposes in the New World.  We need not stand by and watch women and children get slaughtered. The world as one fist can destroy tyranny with one blow.

The US strategy states: "Provide a Global, Stabilizing Presence. The presence of U.S. military forces in key locations around the world underpins the security of our allies and partners, provides stability to enhance economic growth and regional integration, and positions the Joint Force to execute emergency actions in response to a crisis. We are improving our global agility. The ability to quickly aggregate and disaggregate forces anywhere in the world is the essence of global agility. We are striving to increase our agility by improving campaign planning, sustaining a resilient global posture."

No word about the care of ordinary people. Their greed is shown in their strategy as well. "We are expanding relations with American businesses, including many of the most innovative companies in the world, to learn their best practices. Further, we are aligning our programmatic efforts to take advantage of insights gleaned from the Defense Innovation Initiative, which is aimed at identifying potential strategic and operational advantages through wargaming, concept development, and a wide array of technology investments." National Military Strategy of the US 2015 is the start of WW3.

"Civilians including old people, women and children are being killed. Mothers are crying all over Ukraine. They get endless coffins for funerals.", said Major General Kolomiets, a Kiev general who defected to SE Ukraine. The American Russell Bentley puts the question to Americans, "THIS IS WHAT THE UNITED STATES IS DOING IN UKRAINE. You see this video. You know what's the truth. You're in America. You vote for Obama, you vote for Bush. You vote for Hillary Clinton. What kind of person are you to do that? The Nazis that the United States backs are murdering civilians here. What are you going to do about it?"

"My son, My son!", she cried out from Horlivka, Ukraine. Her heart and world was destroyed. "How can I live through this?", she asked. "Look blood is everywhere. Do you see? Her arm was ripped off. And she was trying to stop the bleeding by herself."  Do you see the blood America? It is on your hands. Even Israel as a nation was punished when they disobeyed God. Now, the God given freedom America enjoyed at its birth and nurtured by the Founding Fathers has decayed into almost nothing. "The lord giveth and the lord taketh away."

"Why will there never be a coup d'état in Washington? Because there's no American embassy there." You should read his book "Overthrowing other people's governments: The Master List" "Until people understand fully the worldwide suffering American policy has caused, we will never be able to stop the monster." From "America's Deadliest Export: Democracy -The Truth About US Foreign Policy and Everything Else" by William Blum.

He is right. "Until people understand fully the worldwide suffering American policy has caused, we will never be able to stop the monster." People have to be educated either by books, speeches or videos. Those in darkness have to be shown the suffering on YouTube and other sites. The people of the world have too many resources to communicate with. The US propaganda machine cannot win against the people of today as in the days of Joseph Goebbels. The time is now. Act now to help the suffering. Act now before you become enslaved.

We live in a great communication era. The wounds and effects at the Tower of Babel are coming to an end. Translation of news and events has become so easy between countries. Most news can be posted on the internet by individuals with a camera. It is a wonder we still rely on TV News. One person in one country can post a photo or video of an explosion or disaster and another in America can see it before the mainstream media shows it. A major event can be known by us before the overpaid talking heads warp the truth. Even if they ignore it we can still see it. The days of spoon fed TV news are numbered.

The CIA uses social media for its devilish purposes. We can use it to spread the truth. A former member of the Ukrainian parliament in Kiev, Oleg Tsarov, tried to warn us about the CIA, "American instructors presented examples of successful use of social networks used to organize protests in Egypt, Tunisia and Libya. Recent conference took place Nov 14-15, 2013, in the heart of Kiev in the Embassy of the United States of America!". Oleg's efforts to tell the truth to the parliament was necessary but was too little too late to prevent a civil war in Ukraine. The civil war could have been prevented if social media had been used to expose the CIA's efforts months earlier.

If you really have guts you can confront the enemy like Mr. Bentley in combat. Viktoria Shilova confronts the useful idiots face to face in a public forum in this video. "I'm living in the city of Kiev. 80% of the population are hating you for killing people. Look at her! That's whom you kill and cripple! See?  Look, do you feel sorry for this baby? Her 11 year old sister was killed! Torn in half! People like you... I'm telling you! Do you feel sorry for this baby or not?  Look at their faces! 10,000 civilians killed in Donbass and a few hundred children is a circus to them!" You can be like Viktoria.

Our focus is mostly the genocide in Ukraine, but we can do something wherever we see injustice and murders by the dogs of war hired by western corporate interests.  Many have done so already by posting videos or joining the fight against tyranny as Mr. Bentley has. Anyone can start a website or blog or write books as William Blum did. On YouTube, Marine1063 has many videos that show what is happening in Ukraine. He surpasses the US news and most information sources in America.

Russia must keep USA at gunpoint

Russia to surround USA with its influence