Gaza: The hijacking of The Marianne by "The Pirates of the Mediterranean"

Piracy:" The practice of attacking and robbing ships at sea." (Oxford English Dictionary.) 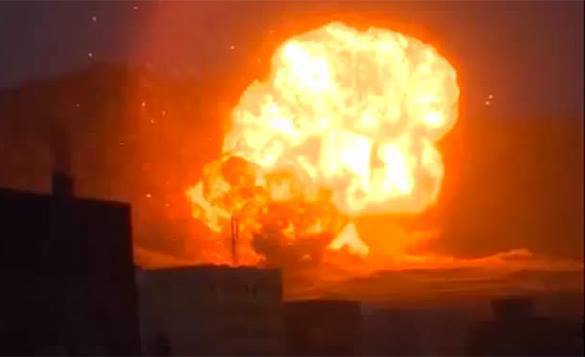 The "international community" is, it would seem, remarkably selective over piracy.

Concern over Somali pirates was such that foreign Navies were sent to protect shipping in international waters. In one incident three alleged pirates were killed and a Somali teenager spirited away to the US to be tried, whilst eleven others were sent for trial in Kenya.

However, in the early hours of the morning (local time) of 29th June, three Israeli Navy ships intercepted and hijacked a Swedish flagged ship, the Marianne av Göteborg on route to Gaza in the State of Palestine (recognized as a State by the United Nations on 30th November 2012 by an overwhelming vote of 138-9, elevating Palestine to Non-Member Observer State a status bestowed on just one other entity, The Vatican.)

The ship was in international waters (approximately one hundred nautical miles off shore) but was boarded, towed by Israeli Navy vessels to Israel's port of Ashdod. Cameras, computers, mobile 'phones and belongings have been allegedly stolen by those who boarded. It is hoped they will be returned, but the track record is not good judging by the lack of return of personal - or any items, including aid cargo purchased by public donations destined for the people of Gaza - from the numerous previously pirated vessels. The Marianne was carrying a consignment of solar panels for a people whom, for most, a constant electricity supply has become a distant memory.

Israel's territorial waters (in to which the Marianne had no intention of heading) presumably should extend just twelve nautical miles from shore as laid down in the 1984 UN Convention on the Law of the Sea which directs that:

"Every State has the right to establish the breadth of its territorial sea up to a limit not exceeding 12 nautical miles, measured from baselines determined in accordance with this Convention." They do not extend one hundred nautical miles.

Israel has stated the Marianne was requested to change course a number of times. Israel has no legal right to demand anything of a vessel in international waters.

In a mind numbingly schizophrenic communication to the Marianne the Israeli government wrote:

No blockade? Then why send food via Israel?

"There is no blockade on the Gaza Strip, and you are invited to transfer humanitarian supplies through Israel." If there is "no blockade", it has to be asked, why should humanitarian supplies be sent to Israel and why indulge in multiple war ship piracy, towing the ship to a foreign country to which it had never intended to travel?

The communiqué ended in regret that the Marianne's passengers had not chosen to visit Israel where they would have been "impressed" by the democracy upheld by the Jewish state that affords equality and religious freedoms for all its citizens. So they were forcibly taken there to experience the "freedoms" from the inside of Givon prison, where all but two are currently being held. It is surely a truly mad world in "the only democracy in the Middle East."

Perhaps the government scribe was unaware of the latest of innumerable acts far from resembling democracy or equality, targeting, as ever, children:

"While budget allocations for private Christian schools have steadily shrunk, the private yeshivas serving Israel's ultra-Orthodox Jewish population have received increased allotments, to the point that the state now covers 100 percent of their budgets. The yeshivas do not teach the Ministry of Education's core curriculum, and their matriculation rate hovers at a dismal 10 percent."

"State schools that serve Palestinian citizens of Israel are notoriously underfunded, with a recent report finding that the state allots $1,100 per year per Jewish student versus $192 per Arab student in the state system. No surprise, then, that average matriculation rates at state-run Arab high schools are about 27 percent, compared with 95 percent for the leading Christian schools. What's more, teachers at state schools in the Arab sector must be vetted by Shin Bet, Israel's internal security service. And the schools' state-mandated curriculum places draconian limitations on teaching Palestinian history and literature."

However, regarding the Christian schools:

"Last summer, the situation became critical after the ministry set a cap so low on the amount the schools may raise through tuition that they could no longer make up the shortfall caused by the shrinking state budget allocation.

Father Fahim Abdelmasih, the head of the Christian Schools' Office in Israel, said that six months of negotiating with the Ministry of Education yielded no solution, calling the tuition caps a 'death sentence' for Christian schools in Israel."

So much for "equality and religious freedom for all its citizens" - and then there's that wall, the segregation roads, the segregation buses, the checkpoints, the travel bans, bombed home repair bans, home demolitions, olive grove arsons, flower, fruit, vegetable export bans - an embargo on all normality.

The passengers of the Marianne currently being "impressed" by Israeli democracy from the inside of Givon Prison are:

Alarmingly, the whereabouts of passengers Dr. Moncef Marzouki, former President of Tunisia (2011-2014) and Palestinian politician Bassel Ghattas a Member of the Israeli Knesset are unknown at the time of writing.

The UN Convention on the Law of the Sea, binding for one hundred and fifty four nations and the European Union (not yet ratified by the United States) makes "piracy a universal crime and subjects pirates to arrest and prosecution by any nation." However, for all the quoting of its fine words here, surprise, Israel has not signed this important, detailed Convention as it has ignored or violated innumerable UN Resolutions, starting from the country's infancy with Resolution 57 of 18th September 1948, which expressed: "deep shock at the assassination of the U.N. Mediator in Palestine, Count Folke Bernadotte, by Zionist terrorists."

No doubt some of the reasons for disregarding the UN Convention on the Law of the Sea can be found in Part 7:

No State may validly purport to subject any part of the high seas to its sovereignty.

Every State, whether coastal or land-locked, has the right to sail ships flying its flag on the high seas.

All States shall cooperate to the fullest possible extent in the repression of piracy on the high seas or in any other place outside the jurisdiction of any State.

Ironically Somalia was an early signatory to the Convention, signing in 1982, thus can be held accountable. Will accountability ever apply to "the only democracy ..." Will the UN, the "international community" ever demand it?

"The "Pirates of the Mediterranean", tweeted someone this morning.

What a tragedy that a people who have historically suffered so grievously are being tarred by the actions of a relative few and of the government of Israel, a haven defined by Lord Balfour (2nd November 1917) as: " the establishment in Palestine of a national home for the Jewish people ... it being clearly understood that nothing shall be done which may prejudice the civil and religious rights of existing non-Jewish communities in Palestine ..."

The "existing non-Jewish community" are either exiled, bombed, restricted, or in an open prison. Those who raise money, risk much and sail in solidarity risk their lives, are hijacked, put in a closed prison or, as in the case of the Mavi Marmara, murdered.

When will impunity end?