For Christians, Easter Sunday celebrates the day when Christ was resurrected from the dead to bring good to humankind; for Moslems, Jesus was saved by God and taken to Heaven. Before these two main religions, Easter was celebrated as a fertility festival, new life, fresh hope and good for all. 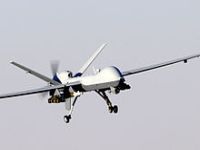 So let us remember this day, whether we are Christians, Moslems, Buddhists or even atheists, as a day of universal values, of respect for life, love for our neighbors, the beginning of a new cycle of agriculture, an opportunity to share and live together as a community and to enjoy another year, full of happiness, respect for Mother Earth, our beautiful home, and its residents, ourselves and our brothers and sisters, the other animals we live with.

Most people share these values, whichever side of the geo-political fence they live on, most people respect the common precepts not to kill, not to steal and to help others in need. Some extremist groups do not, and in these I include all terrorist organizations, including Al-Qaeda, Boko Haram (Nigeria), al-Shabab (Kenya), Islamic State, drug and arms traffickers, human traffickers, child abusers... and also NATO.

Among these horrific and cowardly acts is the recent massacre of around 150 students in Garissa University, Kenya but among these horrific and cowardly acts are NATO's tactics using drones in a negligent fashion which murders civilians and takes out targets in one and the same breath, NATO's coward-in-the-sky tactics bringing freedom and democracy to complex societies from 30,000 feet, and Israel's massacre of civilians whenever a rocket is fired at a settlement.

They are all terrorist acts, they are all to be condemned equally. Under the common values celebrated at Easter, it is as (un)justifiable to say one act of murder is more justifiable than another as it is to say "my God is better than yours".

The way forward is not armed conflict and therefore why doesn't someone get serious about the trafficking of weaponry? Where did Islamic State get its weapons from, for example? Why did the West callously stand by why Islamic State was forming, why did they invade Iraq and create the conditions for such a movement to exist?

How come just a few spoil the work of the many around the world who spend their time helping others? Let me close with the alleged words of Senator John McCain, who used this column to launch insults against President Putin last year, forgetting the President's popularity rating is close to 90 per cent, namely that making peace with Iran is limiting the ability to bomb it.

I rest my case. May those who try to ruin our lives through instigation to commit, or acts of, wanton violence (and here I differentiate between violence and the right to self-defense) rot in Hell for eternity.