How much corruption can democracy endure? 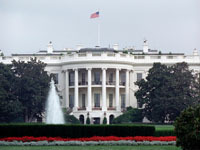 How much corruption can a "democracy" endure before it ceases to be a democracy?

In several previous articles for Pravda.Ru, I have consistently warned how the Supreme Court's 2010 Citizens United decision is one of the biggest threats to democracy and freedom in the history of the United States.

As explained in these articles, Citizens United extended "freedom of speech" to corporations, giving them unbridled power to use their vast financial resources to corrupt politicians and influence the outcome of elections.  Although this decision initially appeared to be "fair and balanced," since labor unions were also given the right to freedom of speech, recent Court rulings have revealed that this appearance was nothing but a lie.

But even before this lie was exposed, it was evident that this "fairness and balance" was more illusory than real.  In America today, labor unions only represent about 7% of workers in the private sector; therefore they can easily be outspent by corporations and billionaires.

Recently, in the case of American Traditional Partnership (ATP) v. Bullock, the Supreme Court had the opportunity to reduce Citizens United's corrupting influence.

Now even state laws once designed to limit the amount of money corporations and billionaires could use to corrupt politicians and influence elections are "unconstitutional."

In the wake of the ATP decision, former Wisconsin Senator Russ Feingold-who had co-authored the campaign finance law nullified by Citizens United-openly condemned the Supreme Court as "an arm of corporate America" that is "wantonly willing to undo our democracy."

This is not hyperbole.  According to the Constitutional Accountability Center, the Chamber of Commerce, one of the most powerful lobbying groups for businesses in America, has a 68% win record in the Supreme Court since John Roberts took over as Chief Justice.

The ATP decision is alarmingly symptomatic of the Supreme Court's Social Darwinistic quest to regress America back to the days of robber barons and copper bosses.

The state law struck down by ATP had been passed a century ago in response to the corrupting influence of the copper mining bosses in Montana.  During that era, workers were often held to different standards than corporations.  For example, when the demand for copper dramatically increased during World War I, price gouging mine owners often charged the government four times the amount that copper sold for in peacetime.  Yet when union leader Frank Little organized a strike so workers could share in these profits, he was lynched and the miners he led were denounced for being "unpatriotic."

So it was no surprise when the regressive Supreme Court embraced this double standard in the case of Knox v. Service Employees International Union (SEIU).

Exactly seven days before the Knox ruling and eleven days before ATP, I wrote, in my article Democracy in the Hands of Idiots, Part II (Pravda.Ru, June 14, 2012), that the corporate and billionaire pimps exploiting Citizens United could possibly be hoisted on their own petards by numerous legal precedents that ban federal and state governments from taking away the financial resources of persons, groups and organizations engaged in lawful speech activities, even if [they] disagree with their message."

Since Citizens United allegedly gave labor unions the right to freedom of speech, it was my contention that they could use this freedom to challenge "right to work" laws that detrimentally affect their financial resources, as well as laws, like those in Wisconsin, that prohibit the withholding of union dues from the paychecks of public sector union members.  Presaging Feingold's words, I contended that these challenges would either confirm that the Supreme Court was "sincere in its assertion that Citizens United applies fairly and equally to both corporations and labor unions" or they would expose the Court as a "facilitator for corporate and political corruption."

A week after my article was published, Knox provided the answer:  Today's United States Supreme Court is the biggest facilitator of corporate and political corruption in American history.

As MSNBC National Affairs Writer Tom Curry reported, the Knox ruling "dealt another election year blow to public sector unions" by stating that "non-union workers who benefit from union representation must affirmatively choose, or 'opt in,' to having their 'agency fees' used when a special dues increase or assessment is going to be used for political purposes."

In this same article, Labor Law professor Susan Carle is quoted as saying that the Knox ruling is "a clear case of the court making it quitea bit harder for unions to spend money on political issues.  And that is an interesting contrast to its other opinions in the line of Citizens United where the court is making it much easier for corporations to spend money on political purposes without much accountability to their shareholders at all. It's a very interesting un-leveling of the playing field quite deliberately."

In other words, "justice" in America has truly become "just us," and the "us" are the corporations and rich robber barons who support them.

It would seem that such overt and shameless judicial bias and hypocrisy would inspire outrage and demands for reform throughout America, particularly since Supreme Court "justices" serve lifetime tenures and are unaccountable to the people.

So on June 21, 2012, I argued for such reform and accountability in a Pravda.Ru article entitled The Supreme Court Should Not Be Supreme. Yet, unlike many of my previous articles, it did not attract much readership, and I could not help but wonder why.

Why are so many Americans failing to recognize that something needs to be done to prevent five unethical, biased, venal, mendacious and (dare I say it again) satanic Supreme Court justices from further exploiting their undeserved positions to change America from a democracy to a plutocracy?  Why are Americans so blind to how ruthlessly and deviously these reprobates in black robes are destroying the fundamental rights and liberties of every person, group and/or organization that does not adhere to their avaricious and atavistic political philosophies?

It is also puzzling that this lack of outrage has endured even though the middle-class is evaporating from the American landscape.  On November 8, 2010, the Los Angeles Times reported that 20% of Americans now control 85% of its wealth.  And just this month CNN Money revealed that the average American family's net worth has fallen nearly 40%, and Business Insider reported that corporations are making record profits while wages are at a record low.

Perhaps the tragic reality is that puppets can easily see other puppets, but cannot easily see the puppeteer; thus the "evil" in many people's eyes is not the Supreme Court, or the corporations and billionaires methodically destroying democracy, but the "nasty old labor unions."  For these people, Nirvana will apparently be attained when members of these unions are paid the same low wages and denied the same benefits as their non-union counterparts.

So while Nero fiddles and smirks, a plethora of Americans are refusing to ask why their livelihoods are burning, and instead are demanding that their neighbors' livelihoods also be set ablaze so all can suffer equally, except, of course, the corporations and robber barons who are stealthily fanning the flames.

This obliviousness has made America into everything it once claimed to abhor.  The "war on terror"-with its extrajudicial executions (even of American citizens), detentions without charge or trial, use of torture, denials of legal due process and failures of the federal judiciary to curb governmental abuses-has reduced the United States to little more than a third-world dictatorship with first-world weapons.

Now this obliviousness may also be leading America into the once despised communism of the old Soviet Union, where only two economic classes existed-a wealthy government bourgeoisie and an exploited proletariat.  In the Supreme Court's perverse vision for America, these two economic classes will exist again, only the bourgeoisie will be the corporations and robber barons that manipulate elections and covertly control the government, and the proletariat will be the working and non-working poor who pathetically fight amongst themselves for a slice of the 15% of America's wealth that the bourgeoisie has not yet pilfered.

The issue is not whether one likes or loathes labor unions, but what is most conducive to the perpetuation of democracy and freedom.  Can democracy and freedom ever be preserved if the voices of millions become disjointed and unintelligible because the Supreme Court has bankrupted every organization that once spoke for their interests?  Will democracy and freedom even exist if the only voice heard is the unified, organized and well-financed voice of corporations and billionaire robber barons that have historically placed their greed and self-interests above the good of the nation?

So, as I said about the ignorant voters who retained Scott Walker in Wisconsin (Democracy in the Hands of Idiots, Pravda.Ru, June 7. 2012), I now also say of the biased, duplicitous, mendacious reprobates who make up the majority of today's Supreme Court:  They "have destroyed America, and the principles for which it once stood, more ruthlessly than any terrorist organization, they have committed acts of treason worse than any Benedict Arnold, [and] they have condemned millions of Americans to wage slavery, living debt-ridden, hand-to-mouth existences while the rich buy and sell politicians like trading cards."

In addition, they have dishonored every Revolutionary War soldier, every suffragette, and every civil rights marcher who struggled, sacrificed, and often died to obtainthe right to vote, because in a nation where only the rich can be heard, voting becomes a vacuous charade.

Unfortunately, mere words are incapable of communicating just how despicable Roberts, Alito, Scalia, Thomas and Kennedy truly are.  So suffice it to say that their names should be cursed and reviled, now and throughout eternity, by anyone who possesses even a modicum of decency or humanity.

Oftentimes I conclude my Pravda.Ru articles with the assertion that nature, or God if you wish, is the great equalizer, and thus the benefits of material wealth and political power are fleeting and limited by one's own mortality.

Sadly that is not the case with America's legal system.  The corrupt and disingenuous legal precedents now being set by Roberts, Alito, Scalia, Thomas and Kennedy have the potential to endure long after these men are deservedly rotting in hell.

So how much corruption can a democracy endure before it ceases to be a democracy?

Thanks to five of the most evil men to ever bastardize the United States Supreme Court, America will soon find out.