America must let black Americans establish their own 'Palestine' 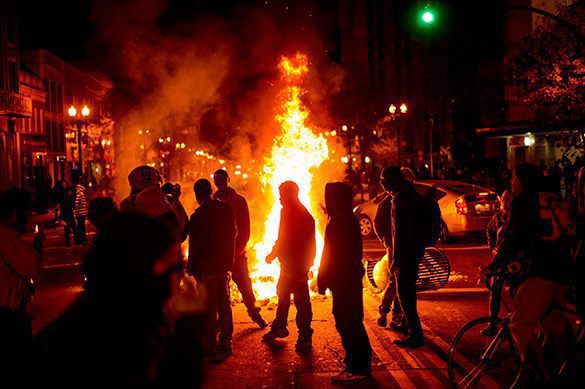 It is time for White America to wake up and smell REALITY. There has never been a time in American history where the Black man was viewed as equal to the White citizens. The American Civil War was the defining attempt to bring equality to the African slaves dragged to this nation of Freedom, but even after the passage of the 13th Amendment, an Amendment that banned all involuntary servitude (not including cases for punishment of a crime); the 14th Amendment, which defined basic citizenship; the 15th Amendment , which prohibited both state and Federal governments from denying U.S. citizens the right to vote based on race or color, these Civil War Amendments had to be reinforced with the 1875 Civil Right Act. This Act forbid discrimination in hotels, trains, and other public conveyances.

Colored people did not know how to be free

But then in 1883, The Supreme Court of the United States of America ruled this 1875 Civil Rights Act as unconstitutional, and not authorized by the 13th or 14th Amendments. The inequality between the White citizens and the Black citizens continued to simmer until 1964 when the U.S. Congress passed Public Law 88-352 which provided that there would not be allowed any discrimination based on sex, or race, in the hiring or firing of workers. I believe that the relationship between the Black and White races can best be summed up by the words of Houston Hartsfield Holloway, who wrote in his autobiography, accounts of his life as a slave in Meriwether and Pike counties, Georgia, during, and after the American Civil War of 1861: "For we colored people did not know how to be free and the white people did not know how to have a free colored person about them."

What American White citizens need to understand is that these Black citizens did not come to America seeking Freedom. They were dragged here and placed into slavery. And even though many laws have been passed to lessen this nasty legacy, Black Americans are human beings with God given DNA. And for whatever reason this DNA is not completely compatible with White DNA, and the White concept of 'Freedom' brought to America from European cultures. It is time for White America to finally 'Free The Slaves', and it is time to acknowledge the 'Sins of the Fathers'. The recent riots in Ferguson, MO, prove conclusively that there is no way for there to be equality between the races because of this DNA difference. White America must face the fact that America, no matter how difficult or disliked, must give Black Americans land on which to establish their own "Palestine", or Civil War will soon overcome this nation of Freedom.