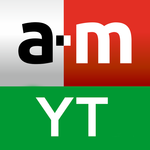 This is Part 2 of the interview. Read Part 1 here

The propaganda war machine of deception created by the US is just smoke and mirrors. Anyone can see past their lies with a little work. Fortunately, Pravda.Ru has found a group of volunteers that have used the internet to show the world the cold hard facts of southeastern Ukraine.  As I wrote in part one, "We need not depend on paid teleprompter readers that warp minds and confuse hearts. We can all benefit from Anti-Maidan's valuable work. Freedom and independence was never more important in human history." Their main goal is to "to break through the information blockade of the West".

1.      Poroshenko and his army seem to be failing and NATO is not willing to help. Is victory and peace coming soon? We all know that beside official diplomatic channels there are unofficial ones. There are multiple reports from the war zone that there are Nazi mercenaries from Nordic countries and mercenaries from private military companies fighting against militia of Novorossiya.  Not long ago a US citizen, who was fighting in one of the battalions of National Guard, was killed. It's too early to talk about any particular outcome of this conflict.

2.      Early this summer they shouted at Poroshenko that the Ukraine army was "An Army that Kills our kids". What do you think motivated the Ukrainian soldiers to bomb cities with women, children and the elderly in Donbass? There are several possible reasons for this. First, this is a part of war strategy, aimed at seeding panic among civilian population and destroying civilian infrastructure. In this case, you can always blame militia for these crimes. Especially, when Western media outlets do not want to understand what is happening and instead immediately side with Ukrainian government. Second, there are elements of radical and nationalist sentiments present in National Guard, territorial battalions and even regular Army. This might sound horrific, but they take pleasure in killing "separatists", "moskals", and think that it is a right thing to do. Needless to say that these beliefs are not far off from ISIS radicals for example. There is a probability that majority of soldiers in Ukrainian Army are misinformed on purpose by the media, their commanders, politicians. There is also a possibility that certain neuro-linguistic brainwashing methods and psychotropic drugs were used.  Besides, Army, National Guard and territorial battalions are bombing cities from afar, and their targets are given to them by their commanders. Therefore, they themselves might not even know what they are bombing. As far as private mercenaries - they just came here for money or for safari.

In addition video answers: We Bomb Our Cities ; Junky Spotter for Ukrainian Forces

3.      Please describe your group and your goal or primary purpose.

Our group handles one of the projects of "Anti-Maidan" community. Our main resources are:

Help regarding people who have gone missing,    LiveJournal

Chronology (collection and sorting in chronological order of events in Ukraine since February 2014.)

We are looking for the videos on open Internet resources. For this purpose, we have a team, which consists of two groups -      video editors and translators. Our team is a purely a volunteer organization right now. Each member of the team is participating on his or her own initiative and beliefs.  If beliefs of the member somehow cease to coincide with the groups' principles used to present the information, he or she are free to leave at any time.

The main goal of our project - to break through the information blockade of the West and United States in particular through truthful coverage of events in\surrounding Ukraine. We have also established a mid-term goal of creating our own full-fledged media system, to be able to present truthful and unbiased as possible information for English-speaking population of the World.

Many of our volunteers started to help out when they either stumbled upon on Internet, or their relatives told them, about horrible discrepancies of the things shown on TV with reality. We are talking about those volunteers who had to leave Russia at some point and for many Russia was like a wicked stepmother at the time. However, when they found out about sorrows of our Slavic brothers, they decided to help in some way. For many of us on the team Russian propaganda has become tiresome, but western propaganda is repulsive too. Based on video facts, stories from relatives living in the war-zone and efforts to stay away from opinionation, our work is carried out in good faith. We believe that our viewer is intelligent enough to understand what is going on in the World without propaganda. We do not impose our opinions to anyone - it is your choice to watch or not to watch.

We think that the best answer to this question will be individual answers by members of our team. "It all began quite prosaically for me. At the very beginning, when I left my job as a software developer, and taking into account my knowledge of foreign languages, I have decided to try my luck in role of a translator. Incidentally, at that time, events on Kiev's Maidan were starting to heat up. This, as any social disturbance, has led to formation of numerous teams of bloggers, volunteer groups covering those events. In my search for a job, I have stumbled upon one of these teams, where I am working now. After events in Odessa on May 2nd we have promptly decided to create a video channel for English-speaking part of the World, because videos as an information type are the most effective in the media world today" - writes one of the leaders of our group.

Here are several answers from our translators:

1.      "I am not indifferent to the events in Ukraine. I have some free time right now, I love English and want to help".

2.      "Amateur footage from the war-zone - is one of the most objective, accessible and best perceived sources of information. Besides, they are not considered a straight propaganda, as for example Russia Today, Life News, etc. It came to me as a big surprise, that translations of this type of videos to English or other languages are practically non-existent on the Internet. This means, that western viewer practically has no access to this information, meanwhile official Western Mass Media do not give anything close to truthful and objective information. That is why I have started to translate these videos and put them up on my YouTube channel, and later on started helping Anti-Maidan channel".

3.      "After referendums in Donetsk and Luhansk Republics in May of this year, when infamous events in South East Ukraine have started, I was looking for a way to help out people fighting for freedom. At first, I have transferred small amounts of money to the Committee for relief of Novorossiya, than I saw an ad in one of the videos on anti-maidan.com. They needed translators for videos about real events in South East Ukraine. Due to the fact that right now truth is a death sentence for fascist junta in Kiev, it is very important to spread truthful information around the world as much  as possible".

4.      "Desire to help Novorossiya in its formation, especially when it is you main profession (translator)".

These are answers from our video-editors:

1.      "I didn't translate, but if I could - I would do it for sure. If only to convey information to other peoples in hopes for their sympathy, and do it in familiar format".

2.      "To spread truth about this unnecessary for the normal world war. To break the information blockade".

4.      "Unfair and deceitful interpretation of the events by Ukrainian and Western Mass Media. This is a least way to show and tell people things that Mass Media does not".

As you can see from the answers, the main driving force behind our group is desire to show the world the truth the way it is.

5.      Your YouTube site has the best detailed coverage of the Civil War in Ukraine. Do various people give you the videos or do you actively cover the war as a news organization? We appreciate the compliment. However, our goal is not to become the best, but to convey the truth to English-speaking  would the best we can. We look for the video content ourselves for the most part. We are not an official news organization. However as we have previously mentioned - this is one of our goals.

6.      Anna News, which also has English subtitles covering Donbass, seems to keep getting banned and had to upload a new channel several times. Has your channel had any trouble like that? We believe, that our channel is not popular enough (mere 5000+ subscribers) to attract serious attention from certain interest groups. We had small copyright issues with videos from certain news agencies; however, they, for the most part, have been resolved.  We try our best to adhere to the guidelines of YouTube, because we understand, that any mistake can be used against us.

7.      Do you accept donations or volunteers? As we have said before our group consists purely of volunteers. But perhaps the time has come, when we will need funds to develop our channel further and realize our ideas and goals. Therefore, we will be thankful for donations from people that are not indifferent to the fate of not only Ukraine but also the whole World. We have people from all around the World working in our team - Ukraine, Russia, US, EU. Of course, we will welcome anybody, who wants to help us with our uneasy task.

9.      Would you like to add anything to this interview? In conclusion, we want to say that right now it's not only fate of Ukraine that is on the line, but of the whole World. An important question is being resolved right now, will the main values for us be - honor, decency, fairness; will we live in a world where interests of not only oligarchs but of all people are observed; where principles of democracy and not totalitarianism are observed. That is why we want to appeal to all people of World - think about it, listen to what Your Heart is telling you. Give an honest answer to these questions:

Thank you very much for your cooperation and many thanks to the Anti-Maidan team and their efforts. We wish you great success in your goals.

We continue to shed light on the world by educating our readers who are looking for alternatives to paid (bribed) established media sources. The fruits of war for the West are money and power. As US Major General Smedley Butler asked, "How many of these war millionaires shouldered a rifle?" We pray that the world will find harmony and the cry for peace will deafen the war mongers greed which destroys humanity. We hope for the destruction of tyranny and may justice prevail over the earth. Please remember, "One word of truth shall outweigh the whole world." -- old Russian proverb.