For those who wish me to mince words, for those easily offended, for those who want journalists to pussy-foot around mumbling pleasantries, for those who believe blindly in their mass media, for those who think the west can speak or think no evil, then it is better not to read this piece. The west is controlled by a cabal of demonic liars. 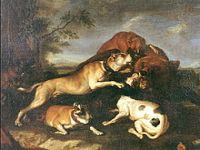 For those individuals in the west who I know and respect, this piece is not for you, or your families. For those who have allowed themselves to be brainwashed to the point where they eagerly swallow, without question, the pile of nonsense shoved down their throats daily by their mass media, my advice is do more listening and reading and less speaking and writing.

The fact that the European Union foreign ministers are sitting today talking about imposing more sanctions on Russia over the situation in Ukraine speaks volumes about where the hearts and minds of the European Union lie. And lie is the correct word. There is not a shred of evidence that Moscow is behind any official state-sponsored support for the anti-Fascist freedom fighters in Eastern Ukraine, who wish to remain Russian-speaking Ukrainians and who do not want any part of the Ukraine planned by the Fascist-backed murderous terrorist western-supported Putsch which seized power illegally back in February after ousting the democratically-elected President, Yanukovich.

It was a campaign orchestrated from outside Ukraine simply because Yanukovich was trying to protect Ukraine's economy by not signing up for a closer trading deal with the European Union (The Association Agreement) after the EU had typically imposed intrusive, arrogant and unacceptable conditions for internal changes which belonged to Ukrainians, and Ukrainians alone. The EU, acting yet again like a collective bunch of Imperialists who only yesteryear drew lines on maps, slaughtered "natives" with machine-guns "when they saw the whites of their eyes", wrecked economies and committed genocide in Africa and Latin America, imposed civilization with the Bible and the bullet and sold seventy million people into slavery: Africa's holocaust.

What followed was a gang of anti-Russian Fascists and their sympathizers rising to power in Ukraine, torturing and murdering Russian speakers in the streets, calling for the deaths of Russians and Jews and staging a Presidential election in which Poroshenko was elected. Meanwhile the Crimean people stated en masse in a free and fair referendum that they did not wish to be part of this Ukraine and wished to return to Russia (which they should never have left), while the people of Eastern Ukraine, wary of the Fascist hordes rising to power in Kiev, and wary of their Russophobic edicts and claims, took up arms and declared independence.

And what followed that was a spate of Russophobic hysteria in the western media and among western governments which defies the laws of logic, and which underlines the notion that the west is governed by a clique of pig-headed ignorant lukewarm failed politicians whose main aim in life is to feather their own nests and pander to the whims of the lobbies which placed them in power and who they serve.

Suddenly, Russia was painted as an invader, Russia was accused of being responsible for the actions of the anti-Fascist freedom fighters and now, unbelievably, western newspapers accuse President Putin personally of having downed the MH-17 flight over Eastern Ukraine.

For a start, the Crimean transition from a Fascist dictatorship to democracy within the Russian Federation, where the President has been democratically elected several times with popularity rates far higher than any western leader, and probably more than a lot of them put together, was wholly in line with the law. Secondly, how can Russia invade what is after all Russia? Thirdly, the direct influence of Moscow in Eastern Ukraine has been grossly exaggerated by the west and indeed, if those in Government in the EU bothered to inform themselves and speak to an Eastern Ukrainian, they would see that these people do not need Russia for anything, neither does the average Russian consider Russia engaged in any form of formal support because this does not exist. Fourthly, regarding the tragic incident with MH-17, let the focus be on the families and loved ones of the victims, first, and let a proper investigation be carried out, second.

Mr. Poroshenko, hand over the registers taken from the Air Traffic Control center that were taken by the Ukrainian authorities and stop making idiotic comments about Russia. If you do not have the intelligence to govern your country, and are not man enough to stand up to the self-seeking pieces of excrement parading as your "Government", then stick to your disgusting chocolate factories and stop having your Fascist forces murder women and children.

For all of those involved in any way with NATO, and that includes a substantial part of EU countries, then read this:

As we can see, those who today point the finger at Russia and impose sanctions have a dreadful, horrific and revolting few centuries of history behind them. They were happy to hide behind Russia in the Second World War while the USSR lost 26 million souls defeating Hitler and Nazism, while how many Ukrainians sided with the Fascists, how many Ukrainians supported the murderer and torturer Bandera, who slaughtered women and children, and then only open up another front in the west because they were worried that all of Europe would become Communist. And why not?

Let the west look at its navel and see the nightmare societies it has produced: lobbies growing richer and richer sucking the blood of the oppressed populations, who in their pig-headed arrogance nod obediently and accept it all like a herd of sheep. Spiraling prices, no jobs, no future, cannot leave their homes because their streets are packed with marauding gangs of drug addicts...sterling job, what?

And these are the people today imposing sanctions on Russia? These are the people who dare to point the finger at Moscow amid a flurry of lies? Moscow did not invade Iraq illegally outside the auspices of the UNSC, Moscow did not set up prison and torture camps halfway across the globe, Moscow did not side with terrorists in Libya and Syria, Moscow did not rip the heart out of Serbia (another country which fought bravely against Fascism in WW2) and give it to gangs of Albanian organ traffickers, rapists and murderers just because President Clinton had his personal issues and needed to create a focus of attention away from the White House.

So my advice to Moscow? The further you are away from the west in general, NATO in particular and the FUKUS Axis (France-UK-US) especially, the less intense the stench. Doing business with those who sport a smile one day and have half a dozen stones hidden behind their backs with their left hand and stab you in the back the following day, doing business with a bunch of insolent, arrogant, hypocritical Russophobic sh*ts, is undignified.

My advice is to disassociate yourself with the lot of them, tell them where to put themselves, slam the door, bolt it three times, lock it, throw away the key, turn your back and not have anything to do with them ever again. Latin America loves Russia, Africa loves Russia, South-East Asia loves Russia. The BRICS bloc has multiple opportunities for trade among brothers and sisters who smile and do not snarl, who have not spent centuries colonizing and stealing and massacring peoples and destroying societies. Today Brazil, Russia, India, China, South Africa, tomorrow Indonesia, Iran, Nigeria, Venezuela, Uruguay, and how many others can join together in the world's largest trading block, dump the USD and watch the west squirm in its collective inadequacy.

My advice is to hit back at sanctions with a massive and unequivocal determination and cold-blooded nerves of steel, slam your fist down on the table and show them what happens when you cage a bear and prod it with sticks time and time again, insulting its dignity and hurting its heart. To hell with the lot of them, a bunch of Russophobic rude, self-seeking, pigsh*t-ignorant, arrogant and intrusive bast*rds.

My apologies to sh*t, and pigs, and pigsh*t.