Britain: No Hiding Place for War Criminals - Except Theirs?

Britain: No Hiding Place for War Criminals - Except Theirs? 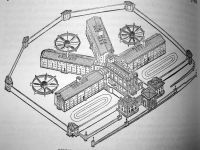 "Let me ask you one question. Is your money that good? Will it buy you forgiveness? Do you think that it could?" (Bob Dylan, b: 1941.)

Figures just obtained by the BBC under a Freedom of Information request, show that last year the UK Home Office identified nearly one hundred suspected war criminals, the majority of cases believed to be already having been living in the UK for a number of years. (i)

Suspects are believed to have come from a wide range of countries including Afghanistan, Iran, Iraq, Libya, Rwanda, Serbia and Sri Lanka.

The Home Office, which is responsible for immigration and border control, is making robust noises and is determined Britain does not become "a refuge for war criminals."

Four Rwandan men arrested in May this year are: " suspected of involvement in the 1994 genocide that led to the deaths of an estimated 800,000 people."

James Smith of Aegis, a charity involved in the prevention of crimes against humanity is quoted as saying: "If we don't pursue those prosecutions, the UK could become known as a retirement home for war criminals."

A Home Office spokesman said: "Anyone accused of these crimes should be put on trial in their home country and we will always seek to return them to face justice."

In the light of the Home Office statement, it has to be asked if the relevant powers will finally be taking an equally robust stance towards former Prime Minister Tony Blair for the illegal invasion of Iraq.

Further, will action also be taken  against his Foreign Secretary Jack Straw,  his Attorney General Lord Goldsmith - who changed his legal advice that invading Iraq would be illegal, to deciding it was legal under alleged pressure from Blair. The then Chancellor of the Exchequer, Gordon Brown who obediently wrote the cheques, for Iraq's decimation should certainly also be on the list, as Geoff  Hoon, the then Defence Minister.

The invasion, occupation and destruction of near all of Iraq's historical and social structure was based on untruths and dodgy dossiers emanating from Blair's offices and Cabinet Offices, and has resulted in perhaps one and a half million deaths - and ongoing.

Or do suspected war criminals only get counted if they are black, Middle Eastern, East European, or from further afield, whilst ours travel the globe with impunity?

"There's a cost and it is difficult to investigate crimes which took place in another country a long time ago. But if we don't pursue those prosecutions, the UK could become known as a retirement home for war criminals", said. James Smith of Aegis. There should be no such problem with Tony Blair, he has seven homes in the UK., several in central London and large offices next to the US Embassy.

The other suspects are equally accessible and can even sometime s be found in Parliament.

Beatha Uwazaninka, who survived Rwandan genocide, said the thought of meeting a Rwandan war criminal "living happily ever after" in the UK caused her "great pain."."It is very sad especially for survivors who have gone through so much and yet there is no justice," she told the BBC. She speaks for Iraqis and also for the millions in Britain and around the world who campaigned, demonstrated, contacted their elected representatives, recognizing the lies, who watch Anthony Charles Lynton Blair, QC., traversing the globe, arriving to red carpet treatment and making millions as Iraqis still die: over four thousand in violence since the beginning of this year, one thousand in May and already eight hundred in this Ramadan month. (ii)

There will surely be many involved with Iraq who will surely be watching closely that the Home Office and the Police service indeed ensure that Britain does no longer becomes: "a retirement home for war criminals."