Is the UNO on cloud cuckoo land?

The United Nations Organization has spent the last two days on pink clouds with silver linings, chatting with fairies on toadstools at the end of the garden, wrapped up in a cloud cuckoo land called World Humanitarian Day. Does the UNO really have its head in the wrong place or is this yet another sinister manipulation? 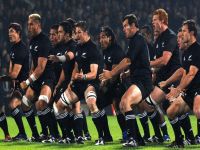 As Israel once again makes bellicose movements towards the Islamic Republic of Iran, as chatter goes out that Tel Aviv will launch a unilateral terrorist strike against Teheran's nuclear facilities or engage in a 30-day war to send the country back several hundred years, as President Obama once again tries the old, old US Presidential ploy of sabre rattling before an election, the UNO has spent the last 48 hours suddenly fascinated with World Humanitarian Day.

World Humanitarian Day...yes, it does have a certain ring to it, does it not? It is one of those "je ne sais quoi" 's, that vapid verbosity or in plain English, verborrea which is the UNO's hallmark these days along with discourses containing the key buzzwords, sustainable development, gender equality, individual actions which spark global changes, endeavour meeting global challenges, civil society groups providing assistance to vulnerable groups of people.

And there we have it, ladies and gentlemen, in Ban Ki-moon's speech to mark World Humanitarian Day 2012 on August 19:  "This year's World Humanitarian Day presents an historic opportunity to bring together one billion people from around the world to advance a powerful and proactive idea: people helping people...From international efforts to avert a hunger crisis in West Africa to urgent assistance to civilians in Syria, to a single good deed from one neighbour to the next, the spirit of people helping people improves conditions for all," Mr. Ban said. "That is the best way to honour the many fallen aid workers we mourn today, and to celebrate the efforts of others who carry on their noble mission by rushing assistance to those who are suffering."

But suppose the United Nations Organization stopped wasting billions of dollars of our money and started getting real for a change. First off, its ability as a lawmaker and law enforcer is as proactive as a squashed leprous, syphilitic slug with terminal AIDS lying under a kilo of sea salt. Has the UNO not seen that the FUKUS Axis did in Iraq, launching a war without a casus belli, launching a war based upon lies, outside its auspices? And what happened?

What did the UNO do when the FUKUS Axis attacked Libya, again based upon lies? Nothing. What is the UNO doing as the FUKUS Axis sends more and more terrorists into Syria, when it is patently obvious the people do not want them? It talks about "urgent assistance". Suppose it spelled out loud and clear the message: "No terrorists, no problem" and sent it to the mailboxes of those criminal cabals running the FUKUS Axis countries?

Suppose the UNO concentrated on upholding its Charter, ensuring that peaceful negotiations ruled the day instead of increasing levels of skulduggery to justify wars based upon greed and not upon morals and need, suppose the UNO adopted a global policy sponsoring development over deployment, suppose the UNO held all those accountable for their actions, not just some token Serbs and Africans?

Has anyone heard about NATO bombing the Libyan water supply? So where is the case in the ICC? Correct, nowhere. So until the UNO can put up and deliver instead of hiding behind smoke screens, maybe the people of the world should hold the UNO accountable for wasting our money by living on cloud cuckoo land.