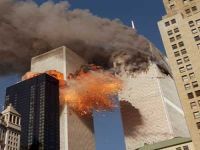 The twin air strikes on the Twin Towers ten years ago changed history and created a vortex which engulfed three thousand lives and two thousand years of human civilization. It was a moment where good and evil became inseparable and where evil found a justification for its acts. It was the beginning of a murderous interplanetary romp. It must end.

To begin with, let nobody use the event for a grand-staging opinion-editorial piece without first focusing on what really matters here: the tragedy which is the loss of human life, the darkness, the emptiness, the sense of loss, the desperation and that inexplicable sadness of an intensity that causes pain which engulfs families and friends who have lost loved ones in such an unexpected way and so suddenly. Ten years is time enough to heal the wound on the surface, but deep down it festers in the soul for eternity.

I am speaking about the three thousand people of many nationalities, races, colours and creeds whose lives were taken on September 11, 2001, the day when I immersed myself, horrified, into the collective wave of shock which passed around the world on witnessing those two aircraft slam into the World Trade Center's Twin Towers. I am also speaking about the hundreds of thousands of people, or probably over a million, who have subsequently been murdered in Afghanistan, Iraq and now, Libya.

I do not consider one death more or less tragic than the other, I do not mourn the loss of a New Yorker any more or less than an inhabitant of Kandahar, al-Fallujah or Tripoli, for in these cities, and countless others, the wounds are far more recent than those caused on 9/11 and have been inflicted as a consequence of it. The world is therefore not a safer place.

Something deep inside me wants to believe that 9/11 was a terrorist strike against the USA by Islamist fanatics, yet upon analysis I fear something far more sinister lurking behind the scenes. Those two aircraft I saw but I also saw what looked like the controlled implosion of the Twin Towers as they obediently collapsed into a pile of rubble. If the towers were old and had to be scrapped, what a way to avoid paying for the operation. The Pentagon aircraft I did not see. Neither did I see any wreckage of it. I did see the lamp posts in front of where it was supposed to have crashed, which seemed to have withstood the impact of the wings without a scratch and I did not see the fourth aircraft because it "vaporized". Yeah, all two hundred tonnes of it, engines and all. No really...

Time will tell. Whether or not 9/11 was an inside job, and again, I sincerely hope it was not (because this would confirm my doubts as to the validity of the human race in our Universe), the political and military machine which has sprung out of it, namely the UN-NATO alliance, has, for all the worst reasons, appeared through the mist like a marauding monster on a murderous rampage. The world is therefore not a safer place and the danger is called NATO.

The hard evidence linking bin Laden and therefore Afghanistan to 9/11 is as yet non-existent and as has become the norm in the last ten years, is based upon hearsay, as credible sources have descended to the "someone said they heard the baker's wife saying..." level. Indeed, back in 1998, Mullah Mohammed Omar stated in an interview to Dawn newspaper that the USA had offered 5 billion USD for a pipeline to be built across his country from Central Asia through to Pakistan and that when he refused, he heard the clock ticking. Three years later, with Rumsfeld and Cheney hiding behind Bush...(In its collective wisdom, NATO has advanced no further than the Soviet Armed Forces did - and NATO is lucky to have the Russians on its side and not working against the organization. Who launched the Mujaheddin/Taleban anyway?).

The media outlets, which have become more sinister as they perfected their methods of disseminating disinformation and barefaced lies, masterfully but unsuccessfully displayed in the Libya conflict, kept the impetus going after Afghanistan predictably descended into the quagmire it is today. A classic example of this was SKY News' Jeremy Thompson crawling up the legs of some US soldiers entering Iraq, saying "Hey you guys! Looking for some revenge for 9/11?"

How telling a question, how brazen the attempt at manipulation of public opinion. And this is maybe not what 9/11 was about on that tragic day when New York's new skyline would be indelibly etched into the collective history of this city but unfortunately it is what 9/11 has become.

And that is a study in sheer, unadulterated evil. If Afghanistan was based upon a UN Resolution and was, at the time, given the collective nod of humankind who bought the bin Laden link, then Iraq was not. Neither is Libya.

What arose out of 9/11 was a new vector in a military alliance called NATO, backed tacitly or inadvertently, but backed, by a UNO which applies one set of weights and measures for NATO's enemies but another when it comes to war crimes committed by the USA and its allies, by a UNO which looks the other way when NATO bombs water supplies and strafes civilians with helicopters, by a UNO whose immense ineptitude serves as a backdrop to justify NATO's energy and oil wars.

So what arose out of 9/11 was not a collective debate and discussion and dialogue between civilizations, an act of goodwill which would have honoured the souls of those who were lost, simply because 9/11 was never about a clash of civilizations. Ten years on, we see clearly what 9/11 was, namely an excuse for the energy, drugs, weapons and banking lobbies in Washington, which control US policy, to go globe-trotting with impunity.

Remembering that tears taste of salt - whoever sheds them - and that everyone prefers to shed tears of happiness rather than of sadness, we, as an international community can and must come together as a family of brothers and sisters and stand up for collective human values, against this sinister clique of elitists, a handful of invisible and grey barons who control the few hundred elected leaders of our community of nearly seven billion.

What was purported to have changed on 9/11 2001 was the Clauswitzian precept that war can only be waged by an army controlled by a State; this would only be the case if 9/11 was solely the work of a misguided group of Islamists. The years that have followed show us that the western leaders cannot be trusted as time and time again they delivered a tissue of lies without even blinking or blushing, the last decade has shown us we cannot trust the western "mainstream" media to deliver the truth. They, and the politicians they quote, are no more than the marketing department selling the product the lobbies wish to sell, or rather steal.

The age-old precepts of honour, truth and dignity are dead and buried, the word "terrorism" or "terrorist" has become meaningless, as has "freedom fighter", as has "resistance". Either we call NATO's "air strikes" "terrorist attacks", or else we call the attacks on the Twin Towers back in 2001 "air strikes".

The legacy of 9/11 has been perverted and wholly insulted to the core by the Pentagon and by the sinister criminal mafia called NATO, which it controls. The moment the Pentagon became the Quadragon, a mutation took place, a mutant was born, the Lord of Darkness stepped forth.

Honouring the legacy of 9/11

There can be no "closure" for those who lost family and friends ten years ago, however we can start to make the world a better place by demanding that international law is upheld and applied with the same set of weights and measures to all. This can be our project for the forthcoming decade. Those who oppose it, will be named and shamed. Those who uphold it are righting the wrongs committed since 9/11 and by so doing are honouring the memories of those who fell on that day.

More of the same is totally unacceptable because as we have seen in Libya, the monster does not stop. Therefore we must stop it. I would like to end by offering my heartfelt condolences to all those whose lives were changed by 9/11, believing very firmly that by insisting that international law be upheld and applied equally, we can ensure that indeed the world becomes safer, better and a home for all the good people in our world community.