The hypocrisy of international relations

The people of Egypt have removed a dictator who the rest of the world was happy to do business with, turning a blind eye that his regime was corrupt to the core, that it held its people down while a clique of elitists siphoned off tens of billions of dollars, allegedly, just because it stood for stability in the region. 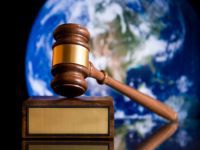 It was risible when not so long ago countries talked about a "moral foreign policy" then did arms deals with Indonesia while the Government was massacring the Maubere people of East Timor, conveniently forgotten from the political map before Portugal took up the cause and warned the international community what was going on.

Not so long ago, the same countries which developed themselves after controlling the flow of resources from their colonies for decades, or centuries in some cases, were the same ones which were happy to prop up corrupt dictatorial regimes across the developing world, holding the people down and blocking social mobility.

And today, this very day, Sunday February 13, 2011, the international community is in a quandary. After supporting the Mubarak regime for thirty years, a regime which ruled under a state of emergency for three decades, and yet again turning a blind eye to the disgusting governance practices of the same, the international community does not know what to do, nor which way to turn.

Why? Because it has never followed an "ethical" foreign policy and now that the people of Egypt have spoken and said "Enough!" nobody is in a position to decide which way the country turns, except the Egyptians themselves, nobody holds any sway or power or influence, because they all threw in their lot with a dictator.

And now what happens? Nobody knows. The reporting from the ground is at the level of "Someone said they heard a woman say that she heard the baker claiming that..." as a reliable source and the joint Egyptian blogsites resource, an excellent site called Omraneya.net, where Egyptians were telling their story in real time, now appears with the following:

"Unable to connect to database server...

In plain English, the site has been taken down. Who or what is trying to control the Net and to what extent will be the subject of other articles, but this is a blatant example of the "ethical" Governance our dearly beloved democratically elected players in the international community is becoming: a sinister group of grey and invisible technocrats with zero accountability who do what they want where and when and how they wish in their myriad of cliques which serve on several levels to create jobs for failed politicians and their friends.

Take the European Union, for example, which has managed to impose a pseudo-Federal State on its 370 million citizens without once asking anyone's opinion, and the few times referenda were held, any "no" vote resulted in a repetition of the process ad nauseam, and a subtle changing of words, so that the "no" became "yes".

If ethics do not exist in international relations, then neither does international law. The Russian Federation is one of the few countries, which along with its partners in Latin America, has long been calling for a multilateral approach to international relations and a crisis management policy which sees the UN Security Council as the proper forum of debate in a world which favours dialogue, debate and discussion over bullying, blackmail and belligerence as the tools for engagement.

We need not speak about Iraq or the sickening clique of sycophants which supported the Bush regime as it unilaterally breached and broke every fibre of international law, degrading the UNO and disrespecting its Charter which was supposed to serve as a basis for the creation of an international community.

We need not speak about the horrific acts of torture perpetrated by the authorities of those nations which like to label themselves with precepts they certainly do not practise, under the umbrella of decisions taken by leading members of the regimes responsible for these blatant abuses of human rights.

We need not speak about the obsession with turning a blind eye to Israel's own flagrant breaches of international law, in seizing and retaining lands which do not belong to it, in building colonies on lands which do not belong to it, in bulldozing homes, destroying farms, desecrating cemeteries, in deploying illegal munitions such as phosphorous bombs against civilians - and even against schools. These are war crimes, crimes against humanity and the State of Israel is a pariah in the international community, one of the worst examples of those which disrespect the norms of international law.

Yet everyone kowtows to Tel Aviv because the Jewish lobby is so powerful in the USA, and as it has managed historically, is so close to the nerve centres of power, control of the masses and the decision-making processes.

In Egypt, the people have taken power - the army will be accountable to their demands. However, given that we live in a world without ethics or law, in real terms, what happens in Egypt may not depend upon them, especially since it appears that the invisible powers have already started to act (as per controlling the Net).

For those who are not happy with the status quo, there exists a legitimate and powerful weapon: the vote. Until and unless the elected authorities are held accountable for all their decisions, and this includes an ethical foreign policy, one based upon law, then all we are doing in turning out obediently to vote is to perpetuate the law of the jungle.