How to create a crisis and steal a nation. Part III 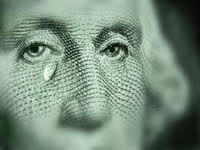 To emphasize Rev. Big Goon's comments, here is an absolutely brilliant piece by Jim Simpson that details the connection of Barack Obama to those who practice the Cloward-Piven strategy. "Barack Obama and the Strategy of Manufactured Crisis"

Here is a part of the puzzle I think others have missed.

If an enemy of America were to pair the Cloward-Piven strategy to the principles of the new science of networks, it would be possible to target a hub in a system, create a crisis, and by causing that hub to fail, create a domino effect in other hubs and the rest of the system. See here:
A news release from UMass Amherst
and
Doug Simpson's weblog of research on the collision of law, networks and disruptive technologies

And a link to the most popular book on the subject
Six Degrees: The Science of a Connected Age by Duncan Watts

"Columbia Professor Duncan J. Watts builds on the work of mathematicians, physicists, biologists, sociologists, economists and others to advance the new science of networks. "Six Degrees: The Science of a Connected Age " brings a sociologist's perspective to a field relevant to those dealing with complex systems and their robustness and fragility under stress. The science of networks has significance for those wrestling with current issues of law and public policy in a wide spectrum of applications including electric power grids, insurance markets and anti-terror measures.

In 1999, Barabasi and Albert published a ground breaking paper "Emergence of Scaling in Random Networks." Science, 286, 509-512. (1999). This paper showed that certain connections in real world networks don't have a normal ("bell curve") distribution, but rather follow a power law distribution. This means that there is an increased likelihood of extreme events in such "scale- free" networks. As a result, in scale-free networks, as networks evolve, a few nodes will be "hubs" with an extraordinary number of connections. Barabasi and Albert also found that the evolution of these hubs depended on the combination of network growth and "preferential attachment" - the tendency for new nodes to connect to those already well connected (the "rich get richer" effect.)"

The major reason other political commentators have not addressed the issue of network science is that only mathematicians and scientists understand it. My feeble attempt at a "plain speak" translation is that all networks tend to form hubs that are connected to thousands of other networks, and more importantly, to other hubs. These hubs are vulnerable to a "created crisis," and when that happens the entire web collapses, be it the World Wide Web or the web of the U.S. economy.

National security experts are well aware of the vulnerability of network hubs, and publish Network Vulnerability and Risk Assessment reports. This one is researched and published by DTIC Provider of DoD Technical Information to Support the Defense Community. One of the points to note is that: "Threats that originate inside the network tend to have the ability to exploit vulnerabilities in a serial form. This allows the attacker to traverse, or "leap-frog" across the network to an advantageous position." The most likely scenario would expect the attack to come from inside the network when we are looking at the financial network. I have read this risk assessment and it is too general to connect dots as to how a financial "crisis" might be timed and executed, but it is very clear that it can happen.

We know how leftist activists created a crisis and turned the mortgage lending business into a "mortgage welfare entitlement" lending policy. We know that the hub we know as "mortgage banking" failed, bringing down the rest of the economy with it. What we don't know is how the failure was timed.

My guess is that the science of networks was used to tilt the election in Obama's favor and damage the economy to such an extent that reshaping it along a socialist paradigm became possible.

One of my hopes in writing this article is to encourage real network scientists to take a look at this hypothesis. One friend who is a scientist at Amherst says I am on the right track, but that isn't enough to make a definitive statement.

Remember all that talk about how savvy the Obama campaign was about using the Internet? Remember all those Internet CEOs who were on the Obama team? Remember that George Soros, "the man who broke the Bank of England," the king of creating market and currency crisis, was on Obama's team? Can you really imagine a likely scenario where these people do not know about network science and how to use a created crisis to get what they want?

We know for sure that a crisis was deliberately created with malice aforethought by enemies of our country and liberal politicians. They overtly said they would do it, and they did. Many of these created events have damaged our nation since 1970. The culprits aren't even trying to hide the fact that they did it. Decent Americans have trouble believing that people could deliberately do something so evil. That is how deliberately evil people pull the wool over the eyes of decent people.

This isn't a conspiracy theory.  No black helicopters or deep throats.  It isn't hidden and it isn't secret. It is easily visible for those who have eyes to see. Those radical socialists who used deliberately created crisis tactics were successful beyond their expectations. I am reminded of Osama Ben Laden's pleasant surprise when he was informed about how successful the 9/11 attack had been. I imagine Obama shares Osama's elation over his unlikely success.

In fact the Democrats were too successful. They accomplished the goal of ruining the economy of the United States, and their economic theories on how to restore the economy were impotent. So by the time the mid-term elections arrived the Democrats were suffering from the disease they created to undermine the Republicans

The Moral of the Story

Now, what about Haman from the Book of Esther? Remember him?

A court official named "Haman" vows to hang a man named "Mordecai," because Mordecai will not submit to Haman's power. Haman's hatred for Mordecai is contagious. Soon, many others take a vow to hang Mordecai. They build a gallows fifty cubits high. They extend their hatred to anyone related to Mordecai. These men conspire to destroy Mordecai and all the Jewish people.

With Queen Esther's help, Haman lost favor in the eyes of the people, and
Mordecai grew more popular. Mordecai was publicly honored in the streets of the city. The House of Haman quickly lost power and support.

The Bible records this decision for the final scene:

With visions of the bodies of hundreds of Democratic state legislators, Governors, Congressmen, and Senators slowly twisting in the wind, let us remember how dangerous it is to hate and build a gallows. You never can be sure who is going to be hanged thereon.

Rev. Sam Sewell is a member of Mensa, a U.S. Navy Veteran, and a Member of the Association For Intelligence Officers.

He is an International Commentator and a member of the Society of Professional Journalists, a frequent commentator on religious and political issues. His articles are published by Intellectual Conservative, "American Thinker, Pravda and various periodicals.

His articles, including his award winning research on Family Issues, are published in several languages.