How to create a crisis and steal a nation. Part II 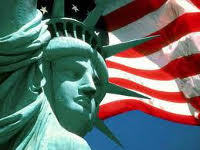 By the time I entered UMKC in the fall as a graduate student, my cover was already firmly established. To put a cinch knot on my cover story, I also became the Chaplain of the Vietnam Veterans Against the War. I still experience a gratifying chuckle over how perfectly, easily, and quickly I had infiltrated the radical community in KC. It wasn't that hard. Almost everyone was doing acid and grass. Every weekend there was a wild carnival of hippy, stoner, radical, love-child young people in Volker Park. Contact was easy.

I won my status in the counter-culture community with nothing more than a prank. I purchased a case of dish washing liquid, and in the dark of night I poured the entire case into the Plaza fountain. My accomplices were very impressed. My boldness and mountain of suds made the front page of the Kansas City Star.

I had a different name then. I was called Rev. Big Goon. It should be noted here that I physically resemble a great silver back gorilla, although my knuckles don't drag on the ground. A local Kansas City undercover officer who had no idea who I was gave me that name. I saw it in a police report on activity in Volker Park. Years later I found out that my cover was so believable that I was on a list of dangerous radicals that Kansas City Chief of Police Clarence Kelly took with him when he was appointed as the Director of the FBI in 1973.

For me, the investigation of the Kansas City Four quickly fizzled. Other investigators uncovered the activities of the suspects, provided the evidence and they were arraigned in July of 1971. My last contact with that case was to arrange to be appointed as a Chaplain for the Jackson County jail, where I interviewed one of the suspects who was being held there as a federal prisoner awaiting trial.

The case was hugely overblown, in the way law enforcement and prosecutors will exaggerate to make their work seem to be more important and to advance their careers. One of them was more of a nut case than a criminal and he might have been the most dangerous because of his hatred and violence against "the system." He is still alive, on the streets, and probably still dangerous.

I struck up a romantic involvement with a social worker from Chicago who was working for Family and Children's Services, a state of Missouri agency. Her friends and contacts were a gold mine for my new mission. That is how I became involved with the Welfare Rights Organization (WRO) of Kansas City where I saw, first hand, how community activists applied the CPS (Cloward Piven Strategy) theory in real life.

CPS and Saul Alinski were all the rage among left wing professors, activists, students and social workers. My social worker girl friend from Chicago knew all about Saul Alinski. CPS was a new idea seen as dazzlingly brilliant by social workers and other liberals. She introduced me to a radical community activist, also from Chicago, who was organizing poor black people who lived in Wayne Minor public housing. His name was Mark. Mark was also a clergyman. Mark introduced me to a powerfully charismatic black woman who was Executive Director of the Kansas City Welfare Rights Organization. There were several young leftist white men and women who worked for the WRO. Mark taught me the ropes about how we were going to train these young "community organizers" and welfare recipients, so that they became effective foot soldiers for the left wing.

The socialist professors who devised the CPS, Columbia University sociologists Richard Andrew Cloward and Frances Fox Piven noted that: the number of Americans subsisting on welfare -- about 8 million, at the time -- probably represented less than half the number who were technically eligible for full benefits. They proposed a "massive drive to recruit the poor onto the welfare rolls." Cloward and Piven calculated that persuading even a fraction of potential welfare recipients to demand their entitlements would bankrupt the system. The result, they predicted, would be "a profound financial and political crisis" that would unleash "powerful forces ... for major economic reform at the national level." Their article called for "cadres of aggressive organizers" to use "demonstrations to create a climate of militancy." Intimidated by threats of black violence, politicians would appeal to the federal government for help. Carefully orchestrated media campaigns, carried out by friendly, leftwing journalists, would float the idea of "a federal program of income redistribution," in the form of a guaranteed living income for all -- working and non-working people alike. Local officials would clutch at this idea like drowning men to a lifeline. They would apply pressure on Washington to implement it. With every major city erupting into chaos, Washington would have to act."

Mark and I were part of that "cadres of aggressive organizers." We would go through the vast, dilapidated cavern of poverty called Wayne Minor with a list of all the entitlements offered by the Federal Government and the State of Missouri. Each person we talked to became instantly "motivated" to apply for more welfare benefits. Before long, people began seeking us out at the WRO office. Outreach to the community wasn't necessary. The community flocked to us. We would show them how to fill out application forms, and many times we filled out the forms for them.

When we had a large number of people ready to apply for new benefits, or additional benefits they had not known they were entitled to before our training, we arranged for busses to take our new recruits to the state office building. We had spent many hours training them as to what to do and what not to do. We told them it was ok to be loud, obnoxious, aggressive, but to never be physical or damage property. In other words, do everything you can do to be uncivil, but don't get yourself arrested. We planned the event for a Friday and, of course, we called the media. Our "trainees" staged a class "A" media event for the television cameras. Our first "action" was a rousing success.

When we got to the WRO office Monday morning there were hundreds of people waiting to be "trained" in how to collect welfare. The part of the welfare system to feel the most heat right away was what the state called "intake." Intake social workers were overwhelmed, intimidated, and routinely approved questionable benefits because of the stress they were experiencing. The state began a panicky search for new intake workers, and anybody with a BA degree was practically dragged off the street. Larger office space was arranged for the intake department. Mark and I were heroes to the radical community.

Since this was happening at the same time in St. Louis and other cities, Kitt Bond, then Auditor of State of Missouri, and soon-to-become Governor, asked for help. I was assigned by my "handler" to clandestinely brief Bond's representative about what was behind the welfare revolt.

As it turns out Mark, the community organizer from Chicago, and my social worker girl friend from Chicago were also friends with the Kansas City Four. Soon my primary mission was accomplished, and I went on to other projects, but I never forgot the effectiveness of creating a crisis to bring about radical change. I concluded that the WRO and the Alinski/CPS inspired radical community organizers were more of a danger to the nation than the inept small time bombers.

I stopped doing Intelligence work, the years went by, and I began my career as a full time Pastor. Not long after I "went straight," I again ran into the CPS and Saul Alinsky. During the administration of George H. W. Bush I began hearing reports of loud, obnoxious, aggressive, poor people taking over bank lobbies and demanding that they be given mortgages. All this was happening because community activists, many from Chicago, were doing the same thing to banks that had been done to the state welfare offices back in Kansas City. The role of WRO was now filled by ACORN (Association of Community Organizations for Reform Now.)

Obama's role as a radical community organizer and Acorn "leadership trainer" is well established. Kurtz continues: "Acorn's tactics are famously "in your face." Just think of Code Pink's well-known operations (i.e. threatening to occupy congressional offices, interrupting the testimony of General David Petraeus) and you'll get the idea. Acorn protesters have disrupted Federal Reserve hearings, but mostly deploy their aggressive tactics locally. Chicago is home to one of its strongest chapters, and Acorn has burst into a closed city council meeting there. Acorn protestors in Baltimore disrupted a bankers' dinner and sent four busloads of profanity-screaming protestors against the mayor's home, terrifying his wife and kids. Even a Baltimore city council member who generally supports Acorn said their intimidation tactics had crossed the line."

It wouldn't take a degree in economics to see what was going to happen. This time the Alinski/CPS pressure wasn't aimed at the state of Missouri and Kitt Bond. By 1999 Fannie Mae came under pressure from the Clinton administration to expand mortgage loans to low and moderate income borrowers. At the same time, institutions in the primary mortgage market pressed Fannie Mae to ease credit requirements on the mortgages it was willing to purchase, enabling them to make loans to subprime borrowers at interest rates higher than conventional loans.  Everybody knows how the problem escalated from there.