What has Washington gained from its half-century-old vicious, cruel and inhumane, hypocritical stance on the Republic of Cuba? Nothing, except the exclusion of US economic agents from this Caribbean Paradise which is receiving record numbers of tourists, whose economy is growing, where living standards are increasing…under the same Communist Government as in the days of Kennedy. 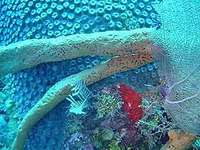 What has Washington achieved by its blockade? Nothing. Only perhaps underlining its hypocrisy as it preaches a free market economy and then practises protectionism and in the case of Cuba, exclusion, trying to apply economic pressure to create social upheaval, poverty and calamity. Inhumane, inhuman.

A policy criticized by the Ibero-American states for years, South Africa’s Premier of the KwaZulu Natal Province, Zweli Mkhize, has added his voice to those who condemn the American blockade. In a meeting with the Cuban Ambassador to South Africa, he spoke out against the blockade and expressed his intention to increase cultural, economic and commercial ties with Cuba.

And what does Washington gain from this blockade? Only the exclusion of its economic agents from Cuban markets while underlining the fact that the USA has no moral right to speak about freedom of movement or freedom of expression if its citizens cannot travel freely to Cuba, neither does it have the right to speak about human rights in Cuba, for the worst travesty in international justice on the island, the worst outrage against human rights, is the American concentration camp at Guantanamo Bay.

While Canada provides over one million visitors a year, the numbers of visitors from Latin American nations and Russia is rising sharply.

Due to Washington’s disastrous policies, American tourists will not experience the luxury of Cuban hotels, where 65 per cent of its 50,000 rooms are in four- or five-star accommodation, a figure which is set to rise to 70,000 over the next five years.

Development is taking place across the island, as airports, roads and ports are developed and new infrastructures are built and this in turn is stimulating the internal economy, creating jobs and wealth.

Thank you Washington. You can keep your blockade. Cuba is doing very well without you. Your loss, their gain.