Is Church of Scientology ‘fair game’ policy alive and well? 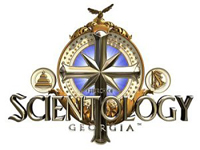 Is Church of Scientology ‘fair game’ policy alive and well?

The policy stated that “A Suppressive Person or Group becomes fair game. By FAIR GAME is meant, may not be further protected by the codes and disciplines or the rights of a Scientologist.”

Later that same year L. Ron Hubbard amended the policy by adding that

“The homes, property, places and abodes of persons who have been active in attempting to: suppress Scientology or Scientologists are all beyond any protection of Scientology Ethics, unless absolved by later Ethics or an amnesty ... this Policy Letter extends to suppressive non-Scientology wives and husbands and parents, or other family members or hostile groups or even close friends.”

In 1967 Hubbard further amended this policy where he defined the "penalties" for an individual deemed to be in a "Condition of Enemy":

“ENEMY — SP Order. Fair game. May be deprived of property or injured by any means by any Scientologist without any discipline of the Scientologist. May be tricked, sued or lied to or destroyed.”

Ask an active Scientologist about “Fair Game Policy” today and they will quickly tell you that this policy was cancelled by Hubbard himself in fact cancelled any such order and that it is no longer in practice today.

Is this true? Well, to answer that question we need only look at more of Hubbard’s writings dating back to October of 1968 when Hubbard amended the policy again

"The practice of declaring people FAIR GAME will cease. FAIR GAME may not appear on any Ethics Order. It causes bad public relations. This P/L does not cancel any policy on the treatment or handling of an SP."

The only conclusion that can be drawn from this is exemplified in the very last sentence of the above quote; “This P/L (Policy Letter) does not cancel any policy on the treatment or handling of an SP (Suppressive Person).”

Ever since these policies were written critics of the Church of Scientology have been using Hubbard’s own words as ammunition against the Church.

But this policy of “Fair Game” was written in the late 1960’s and certainly couldn’t be a church policy in the year 2008? Or could it?

In May of 2008, the internet group known as “Anonymous” held their fifth global protest against the Church of Scientology and they named this protest “Operation Fair Game: Stop”…

What made this protest different from the others was that “Anonymous” had gained a new ally in their war with Scientology, this new ally just happened to be a former C.I.A Operative and decorated veteran of the cold war, Boris Korczak.

Mr. Korczak, a Polish-Lithuanian refugee worked for the C.I.A in the 1970’s until he was exposed under mysterious circumstances in 1979. Causing him to flee to the United States where he was promptly shot by an assassin; Korczak survived the shooting.

Initially, Senator Chuck Grassley of Iowa took up Korczak’s case and went on the record on numerous talk shows imploring the U.S. Government to pay Boris the money that was owed to him for his time in the C.I.A and services to the United States of America.

Fearing that there might be another attempt to finish him off, Korczak went on the News and Talk-Show circuit in the 1980’s, believing that if he were a public figure that nobody would be foolish enough to try to repeat any attempts on his life.

On April 20, 2008 Boris posted a video which detailed some of his work in the C.I.A but primarily focused on his Scientologist Case Officer who was desperate to recruit him into Scientology.

Ironically enough, or maybe not so ironically, Korczak’s case officer was attempting to recruit Korczak during the same period of time that the Church of Scientology was being prosecuted for “Operation Snow White”, which was the largest infiltration of the U.S. Government to date.

Is it just coincidence that Korczak’s case officer just happened to be a Scientologist, in a very high position of power, at the same time that Scientology was infiltrating the Government in an attempt to destroy “negative” paperwork about the Church?

Nevertheless, the video got a lot of attention from “Anonymous” and due to their questions and kind comments, Korczak released a another video a few days later where he stated he would be attending the May 10 protest alongside members of “Anonymous”.

Here is where the story gets a little murky for the Church of Scientology, which continues to claim that the “Fair Game” policy has long since been out of existence and is not something that was practiced by Scientology anymore.

Korczak telephoned Karin Pouw, Director of Public Affairs for Church of Scientology International, and informed her that Harold Gossett had been exposed and to add insult to injury Boris thanked Karin Pouw for her attention and wished her a great day.

That would be enough to make one suspicious that “Fair Game” was still very much alive and kicking but some strange things started to occur.

Ms. Barbara Schwartz, of Scientology fame, started a smear campaign against Korczak where she stated the following:

of the CIA infiltrators to hire Boris Korczak to "infiltrate" the

What if Boris Korczak never had true American intentions?

What if he never provided the CIA with correct data? “

“The KGB did not go seriously after Boris? Why not? He still is alive.

Because he was still one of them all the time he "worked" for the KGB?

Of even more superior, because the KGB know that a German secret

Korczak took a humorous approach to this slander and responded with a mock confession on his MySpace account, where he stated:

“After appearance of this marvelous piece on the Internet, I felt so ashamed that the tears started streaming from my eyes running down my cheeks, creating a large pool on my marble floor.

Yes. I always worked for the German Psychiatrists to destroy Scientology, L Ron Hubbard and the USA.

One day in late September while living in Sasel, near Hamburg a large crowd of German psychiatrist appeared in front of my humble home.

I could see they were not doing well; Their Mercedes cars were not newly polished, and only a few wore silk suits and golden watches.

They went on their knees right in front of my door, kneeling right into the mud pools and the elder psychiatrist stepped forward still on his knees and begged me to listen to their request.

This poor man was a distant cousin of a great leader who had to shoot himself in his bunker and I could see a yearning for a lost power in his milky-blue eyes.

Incidentally, his name was Schickelgruber and he practiced false profession called psychiatry for years.

I have never heard about Amerika and I thought it must be a region in Bavaria.

What could I do? I hugged this poor man and I accepted their offer of $100 and free psychiatrist treatment for one billion years.

Now I feel like Judas before he hung himself.

The psychiatrist crowd sung for me an ancient psychiatrist song in unison and crawled into their Mercedes, Porches and a few Rolls Royce vehicles and the very next day I joined the CIA to do my duties.

Now I am ashamed of my actions and I know I should have listened to my Chief of Station – Ed who preached to me Scientology and even gave me a copy of Dianetics.

This is my response to this talented scribbler - Barbara Schwarz”

Although as rambling and incoherent Barbara Schwartz’s postings on Google Groups were, there were more smear attempts in other parts of the internet.

Operation Clambake Message Board, an anti Scientology forum, had two “Critics” posting Boris’ alleged private information as well as that of his family. The information was most specifically about Boris and his daughter, who apparently has never heard of Scientology or Anonymous.

The information was posted in such an ugly fashion that the moderators removed the offending posts and shortly thereafter Boris’ son Rob Korczak responded to some of the criticisms about his father.

So the saga will continue, Boris plans on being at the June 14 protest in Washington D.C. and he will certainly bring his own brand of humor and wisdom along with him.

I can’t imagine what type of non-existent “Fair Game” tactics the Church of Scientology will throw at Boris; but seeing how he’s handled it so far I am not so much worried what will Scientology do to Boris but rather what is Boris going to do to Scientology. On his MySpace blog, Boris mentions something called “Operation CASCADE” but there is no further information to report on this as Korczak knows how to play the spy game and can be very enigmatic at times.

There’s an old saying that states, “Once a spy, always a spy” and this begs the question, does Scientology really want to go to war with Boris Korczak for using his Constitutional right of free speech?

As for the “Fair Game” policy, this reporter can draw no other conclusion except that it is alive and well in 2008.