Foolishness Over the Olympics and Tibet

Tibet has been a part of China since ancient days. Historical records have shown that Tibet had been under the central government of China for more than 700 years since the Yuan Dynasty (1271-1368). Less than 6 decades ago, China emerged from a century of colonialist oppression and humiliation at the hands of the very same colonialists that are currently behind the anti-China campaign of disinformation. 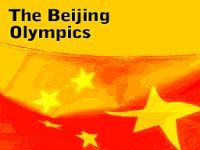 Foolishness Over the Olympics and Tibet

Up until the time of the Second World war, Tibet was considered as a part of China as they were trying to curb the encroachments of the British Empire on their territory. However, after the war, Washington decided to use Tibet’s religious enclave in its fight against Communism.

The international community is being barraged with a deliberate and sustained campaign of disinformation about what is going on with Tibet as once again, Washington is providing financial, political, diplomatic and propaganda support to a blatantly racist demonization effort, ostensibly due to “concerns” for “human rights." We’ve already seen the fake claims of genocide in Bosnia and Kosovo, the ridiculous and absurd lies about weapons of mass destruction in Iraq and babies being thrown out of incubators, now we have the poor downtrodden, innocent and abused “freedom fighters" in Tibet.

Curious timing, as preparations are being made for the upcoming Olympics in Beijing. The corporate elitist media and some in-the-pocket politicians now suggest that boycotts be organized against the Beijing Olympics or the opening ceremonies at the very least.

As early as last August, Chinese scholars were warning about the Dalai Lama and what he was up to: "The Dalai Lama is once again provoking activists," said Di Zhankun, a Qinghai-based Tibetologist, claiming that the 71-year-old Dalai Lama is preparing to usher in "an era of violence."

The initial uprising in Lhasa on March 14 had been pre-planned and well orchestrated. We have none other than the Dalai Lama directing the actions of internal terrorists. As part of the so-called Tibet government in exile, the Dalai Lama has managed to grasp media attention worldwide to his “crusade” for an independent Tibet.

The events that unfolded at the lighting of the Olympic flame March 24 in Greece were most revealing. A protest briefly disrupted the ceremonies. Three protesters were arrested, but then summarily released. None were Tibetan. They were three French men, it turns out, all from a notorious right-wing organization funded by the governments of France and the United States as well as some of the richest capitalist elitists in the world. They all are employees of the group called Reporters Without Borders.

What most do not know about Tibet is the sinister historical links to the US Central Intelligence Agency (CIA). Tibet’s current “independence” fanatics and rabble rousers maintain close ties with the CIA’s National Endowment for Democracy (NED). It goes beyond any concept of non-violent protest as these individuals have engaged in acts of vandalism and looting, behaving like hooligans and criminals with rampant property destruction, hardly the actions of non-violent protest.

The American Society for a Free Asia, a CIA front, gave unlimited publicity to the cause of Tibetan criminals. The CIA has provided the Tibetan exile movement with $1.7 million a year for its operations against China which includes an annual subsidy of $180,000 for the Dalai Lama.

In the book, “Buddha's Warriors” by Mikel Dunham, is the story of CIA-backed Tibetan Freedom Fighters. In 434 pages, it explains how the CIA took hundreds of Tibetans to the US for combat training and provided them with modern arms.

Protests occurred in the UK and France that truly demonstrated to the world that the spirit of the Olympics has once again been abandoned for questionable motives. However, Gordon Brown ignored calls to rebuff China because of the protests in Tibet, and welcomed the Olympic flame behind Downing Street’s gates. Meanwhile, demonstrators and police clashed just yards away outside of Parliament. The Prime Minister did not hold the torch, but posed for a picture with it after.

In Paris, protesters scaling the Eiffel Tower, grabbed for the flame and forced security officials to repeatedly snuff out the torch and transport it by bus past demonstrators who were shrieking "Free Tibet!"

At another destination in San Francisco, three protesters wearing harnesses and helmets climbed up the Golden Gate Bridge and tied the Tibetan flag and two banners to its cables. The banners read "One World One Dream” and "Free Tibet."

A media charade occurred when some of these “peaceful” monks in Tibet managed to get themselves arrested for the benefit of a visiting media team. China allowed a group of about two dozen reporters into Lhasa for a three-day escorted visit. The monks in a carefully choreographed action pushed in front of journalists on cue and recited a list of carefully prepared “grievances” and thereby sidetracked and disrupted the event. One of the monks also declared their intended purpose: “We know we will probably be arrested but we have to keep fighting,” Naturally the group of monks ended up by being surrounded by security guards and other officials who tried to quiet the disturbance. Lights, camera, action!

Indian Minister of State for External Affairs Anand Sharma said India will ensure the smooth run of the relay of the Olympic torch in the country, the Press Trust of India reported. "As far as the Government of India is concerned, we are committed to providing complete security to the Olympic torch," Sharma was quoted as saying.

The European Union has rejected any boycott, saying it would be counterproductive to efforts to improve “human rights” in China. "Boycotting the XXIX Olympiad is not the right answer to the current political problems," said a statement from Slovenia, which holds the EU's rotating presidency.

Unfortunately, it has become politically expedient to hate China in the empire today. After all, China sends them cheap junk . Never mind that corporate elitist businesses order that cheap junk and China makes it according to the specifications given them by these companies, all to maximize profits at the expense of quality. Blaming China gets the companies off the hook for what they ordered, inspected and accepted and willingly sold to the public for huge profits. China is being used as a scapegoat, albeit a very prosperous and wealthy scapegoat.

Meanwhile the Dali Lama rolled into Seattle at his home base USA to attend a 5 day conference entitled “Seeds of Compassion.” Conference tickets were reported to be sold out. He told the media that China, “Cannot suppress protests against human rights in Tibet.” Rich words coming from a paid CIA shill.

There can be little doubt that the main beneficiaries to the death and destruction sweeping Tibet are in Washington. How disgusting it is to see so many well meaning people deceived into serving the interests of Washington and the corporate elitists in sabotaging the Beijing Olympics. The spirit and nature of the event are being spoiled all to the delight, enrichment and interests of corporate elitists. The Chinese people have a long memory and a keen sense of honor and this will not soon be forgotten or forgiven.