Swedish newspaper Svenska Dagbladet made a list of Russian weapons that keeps Europe at bay and affects the balance of power in the world. 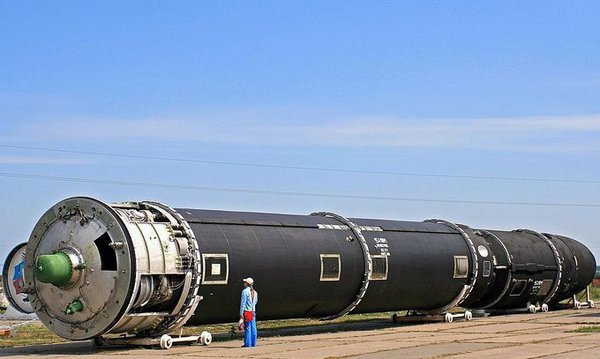 The list includes Russia's new intercontinental ballistic missile with a nuclear warhead RS-28 Sarmat. The missile is capable of reaching the territory of the United Kingdom in 13 minutes.

The material in the Swedish newspaper lists all the technical features of the Russian missile that Western journalists dubbed as "headache for the West." The Sarmat missile is capable of developing the speed of up to 4.3 miles (7 kilometers) per second. The weapon that carries 16 nuclear warheads is designed to overcome the missile shield.

Missiles with a range up to 6,213 miles (10,000 kilometers) will allow Moscow to attack London and other European countries and reach the USA, the newspaper wrote.

The Swedish list of Russia's most formidable weapons also includes the T-14 Armata tank. The crew of the new tank is no longer located in the turret. The crew - only two people - are located in a supposedly indestructible capsule inside the body of the tank. The Armata tank is faster and lighter than any other Western tank.

The list also includes Russia's renowned 9K720 Iskander missile systems. The system weighs 3.8 tons and develops the speed of up to 2,100 meters per second, which makes it a hard target for enemy air defense.

The S-400 air defense system is a new gem in the Russian Armed Forces, the Svenska Dagbladet wrote. The publication called this mobile anti-aircraft system a state-of-the-art complex against enemy missiles and aircraft.

The list of the Swedish newspaper also includes the Su-34 bomber that has demonstrated its remarkable performance in Syria. The two-seated Su-34 has a flight range of nearly 4,500 kilometers. At an altitude of 11,000 kilometers, this combat aircraft can accelerate to 1,900 kilometers per hour.