The Russian Ministry of Defence reported that Su-34 annihilated a second person in the Islamic State after an air strike in the province of Aleppo. 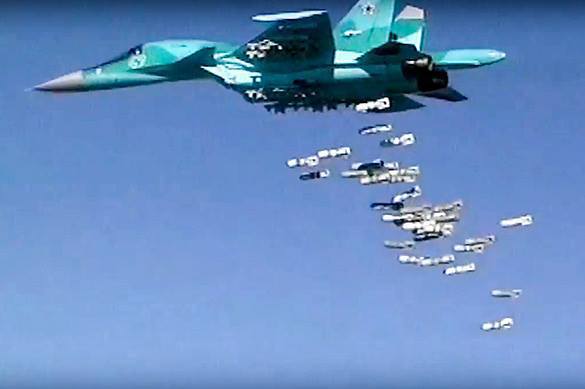 The Defence Ministry confirmed that Abu Muhammad al-Adnani, known as the official spokesperson of the IS terror group, turned out to be among those killed terrorists.

Abu Muhammad al-Adnani was the second most senior leader of the Islamic State after the head of group Abu Bakr al-Baghdadi. The terrorist was famous for his calls to carry out terror acts in the West European countries and the US.

As Pravda.Ru reported, on 19 August ships of the Russian Black Sea fleet destroyed a base of the Jabhat al-Nusra with three missiles near the city of Dar Taaza, as well as a plant, where munition was made, and a huge store with weapons in the province of Aleppo.