Ukraine will collapse in 2017, NATO will not help

Italian geopolitical analyst Marco Carlo predicted the collapse of Ukraine in 2017. In his article, published in Notizie Geopolitiche, Carlo suggested that Donald Trump's policy of isolationism will lead to the transformation of Ukraine. As a result of the transformation, Ukraine will find itself in the hands of Europe and Russia. 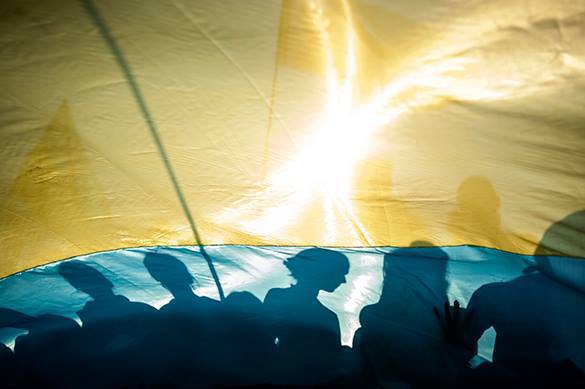 Russia's natural desire to secure its western border in connection with NATO's eastward expansion  has divided Ukraine into zones of European and Russian influence. With the arrival of Donald Trump, Russian President Vladimir Putin will receive an opportunity to significantly reduce or even eliminate the so-called buffer zone that consists of several Russophobian countries in Eastern Europe.

As a result, the traditional division of Ukrainian regions into zones of influence between Europe and Russia will return. Western Ukraine will go under the protectorate of Poland in the pro-German European Union, while the entire Novorossiya, including the Donbass, the south-east and the south-west of Ukraine, will come under the control of Moscow. Central Ukraine, including Kiev, will be jointly managed by the Kremlin and Germany, the article says.

Trump's policy in Europe will lead to a dramatic rearrangement of forces, and Russia will strengthen its influence in the region even more.

After reaching an agreement with NATO on the division of spheres of influence in Europe, Russia will strengthen its influence in the Baltic-Black Sea arc, while the US and Britain will withdraw their troops from the Baltic States in exchange for a protectorate over Scandinavia. The normalization of relations with the alliance will allow Moscow to restore economic cooperation with Germany, which remains interested in the development of Eurasian trade with China.

In this new system, Ukraine will get the role of a mediator between Russia and the West, while losing its own sovereign influence. Ukraine's current "Maidan regime" will give way to new political forces.

The Italian analyst believes that NATO will eventually retreat from Russia. An increasing amount of Russian citizens (67%) are confident that NATO poses a threat to Russia, a recent Gallup poll said.