The administration of US President Donald Trump has prepared documents to lift sanctions against Russia, a researcher at Atlantic Council  analytical center Fabrice Pothier tweeted. 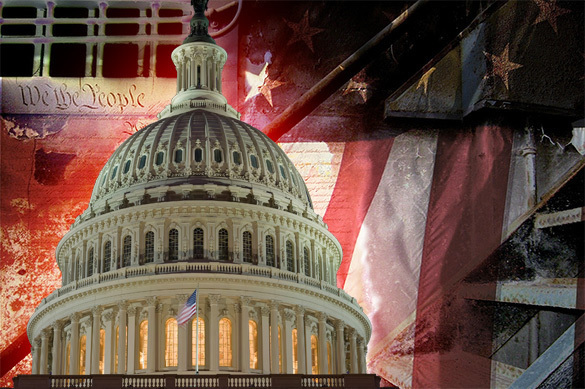 "DC sources say that Trump admin has an executive order ready to lift Russia sanctions. @POTUS to talk to Merkel and then Putin on Saturday," Pothier wrote on his twitter account.

Several sources have reported that the sanctions would be lifted from Russia single-handedly, RIA Novosti reports.

No official comment has been given on the subject yet.

Earlier, it was reported that Donald Trump was going to have a conversation with Russian President Vladimir Putin.

Putin's official spokesman Dmitry Peskov said that the conversation between the two presidents may take place on Saturday, January 28.

In his past interviews, Donald Trump indeed stated that he could lift restrictive measures from Russia under certain conditions. In an interview with The Wall Street Journal, Trump said that he saw no reason to continue the sanctions pressure on Russia should Russia and the USA find mutual understanding on counter-terrorism and other issues. "Good relationship with Russia is not a bad thing - it's a good thing," he also said.