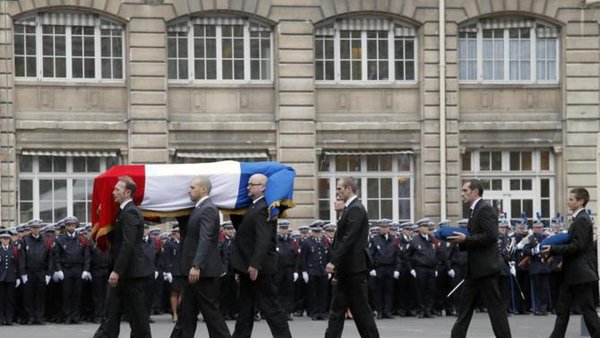 A man who ran into a police station in Paris today, the first anniversary of the Charlie Hebdo attack in which 12 people were killed last year (and a further 5 at a supermarket), has been shot dead by police.

The man was carrying a meat cleaver, was wearing a false suicide bomber vest and was shouting Allahu Akhbar! (God is Great). The French President has announced "unprecedented security measures" under new emergency powers given to the authorities in the wake of the November 13 massacres in Paris.