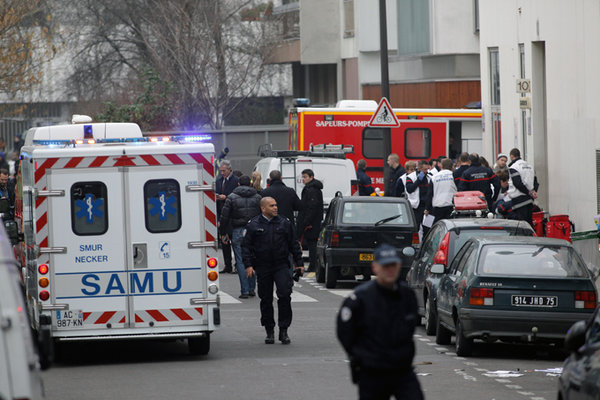 The French police arrested seven people within the scope of the operation to search for those who attacked the office of satirical magazine Charlie Hebdo in the center of Paris. The attackers killed 12 people.

The seven suspects were arrested in the cities of Reims, Charleville-Mezieres and Paris. The suspects are either relatives or acquaintances of two of the extremists.

The French police are looking for Kouachi brothers - 34-year-old Said and 32-year-old Cherif. The police warned that they were armed and dangerous.

A third suspect in the attack, 18-year-old Hamyd Mourad, reportedly surrendered to the police and claimed that he was not involved in the crime.

It was also said that the Cherif Kouachi was prosecuted on terrorism charges in 2008 for helping insurgents in Iraq. He spent a year and a half in prison.

Thursday, January 8, was declared a day of mourning in France for the victims of the attack on the office of Charlie Hebdo magazine. Twelve people, including chief editor and two policemen were killed.