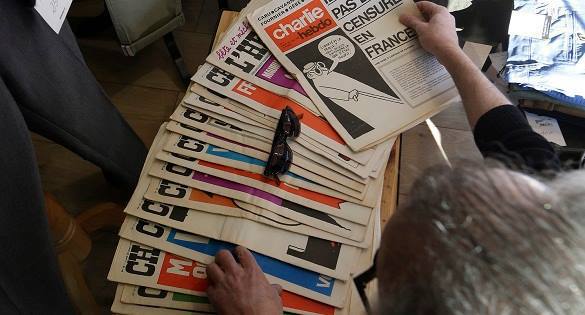 The latest issue of the French weekly Charlie Hebdo will publish new cartoons of Prophet Muhammad, as well as many jokes of religious and political content, the magazine's lawyer Richard Malka said.

"Of course we will not back down, because all of this won't make sense otherwise,"  he said.

"Je suis Charlie -s a state of mind, and it also speaks of the right to blasphemy. Je suis Charlie means that you have the right to criticize religion, because there is nothing special about it. There is no right to criticize a Jew for being a Jew, a Muslim for being a Muslim, a Christian - for being a Christian. But you can say anything you like, and we this is what we do, about Christianity, Judaism and Islam," Richard Malka, Charlie Hebdo's lawyer said, RIA Novosti reports.

It is worth noting that the monthly magazine has increased its circulation from 60,000 to one million copies. In Europe, the new issue of Charlie Hebdo will go on sale January 14.

Provocations from the notorious French publication may trigger a new wave of terrorist attacks in Europe.