Members of the Communist Party of the Russian Federation appealed to the Ministry for Justice and Ministry for Foreign Affairs with a proposal to submit counterclaims against the Baltic States (Latvia, Lithuania, Estonia). 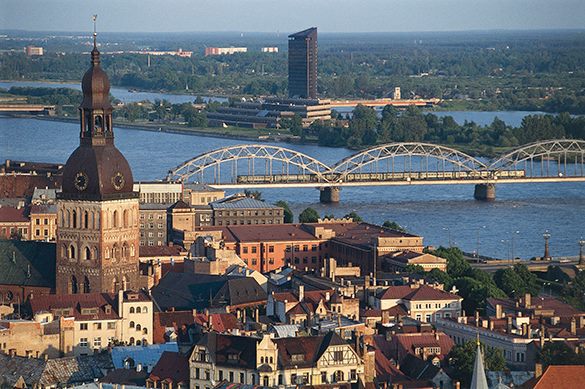 It goes about the attempt of the Baltic States to seek financial compensation from Russia for the so-called "Soviet occupation."

The Communist Party deputies Valery Rashkin and Sergei Obukhov believe that Russia can also  file counterclaims against the Baltic republics proceeding from historical moments of the XVIII and XX centuries.

Ministers of Justice of Latvia, Estonia and Lithuania are asking for a compensation from Russia for the years of the "Soviet occupation."

To crown it all, the official Latvian authorities urged Russian President Vladimir Putin "to apologize for the occupation of the Baltic States during the Second World War."

According to the Izvestia newspaper, the Latvian government provisionally evaluated the "damage" at € 300 billion, the Estonian government - $49 billion, and the Lithuanian - at $28billion.

The Russian MPs refer to the compensation of the Russian Empire to Sweden in the XVIII century for Livonia (today Estonia. - Ed.), as well as the amount paid to Duke of Courland for Courland (the territory of present-day Latvia. - Ed.).

The deputies say that the amounts are currently evaluated at $100bn and $30bn. Russia may ask for the money back, taking into consideration all the costs that Russia made to to restore the three Baltic republics after WWII.