The Parliament of Lithuania (one of the three Baltic States, a former Soviet republic) gave the first reading to the controversial draft law about the falsification of history. 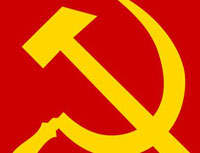 Those violating the norms will be fined, arrested or even jailed for up to two years. The document is to be finally approved before December 10.

The bill was authored by Vilia Aleknaite Abramikene, a deputy of the conservative Party of Lithuania. She is known for being a co-author of the notorious resolution approved by the OSCE Parliamentary Assembly, which equated the crimes of Nazism and Stalinism.

The deputy said during the parliamentary session on September 29 that Russian officials visiting Lithuania would be arrested if they criticized the controversial amendments.

“If Kremlin ideologists arrive here after the law is passed, Lithuanian law-enforcement bodies will not let them humiliate the Lithuanians,” she said.

Abramikene later said that the punishment would be applied not only against those who verbally rejected the fact of the “Soviet occupation of Lithuania.” Publishing books and articles on the subject or organizing conferences will be punishable too.

One of the leaders of the Social Democratic Party of Lithuania, Vytenis Andriukaitis, accused Abramikene of the politicization of history. “History must be learned, not politicized,” he said.

Mr. Andriukaitis asked his colleague about the punishment for those who recollects the following historical fact. Lithuania received a generous gift from the USSR in the autumn of 1939 – the Vilnius region, which makes a third of the territory of the present-day nation. Lithuania received the land from the Soviet Union, which it now views as an occupant, aggressive state, like Nazi Germany.

The amendments may not be eventually approved to the Penal Code of Lithuania. They have received only 41 votes. The amendments were given the first reading because only 79 of 140 deputies were present at the session.

However, last year the Lithuanian deputies passed the law equating Soviet and Nazi symbols and banned their public exposition and sales.

Grigory Amnuel, a scientist of politics, said that the bill of the Lithuanian parliament goes together with the decision taken by their Polish colleagues on September 23.

“On September 23rd, Polish deputies approved the document, which defined the execution of Polish officers in Katyn (about 400 kilometers far from Moscow) in 1940 as “genocide.” The document also said that the deployment of the Red Army in the west of Ukraine and Belarus was an act of “Soviet occupation.”

“The decision of the Lithuanian parliament seems to be absolutely predictable. It is worthy of note that such documents are approved by those people, who experienced the regimes of Nazism and Communism,” Amnuel told Pravda.Ru.

Sergey Mikheyev, the vice president of the Political Technologies Center, harshly criticized the decision of the Lithuanian parliament.

“It is a matter of the traditional nationalistic narrow-mindedness and irrational malice. We are used to discussing these matters from the point of view of common sense. We forget that there are many mentally unbalanced and insane people in the administrations of the Baltic States and several countries of Eastern Europe.

“We had the same situation here at the end of the 1980s and in the beginning of the 1990s, when many radical democrats, or “democratic schizophrenics” – as they were known in Russia – began to appear in the country. Afterwards, they disappeared quickly, but I can’t say that about several countries of Eastern Europe and the Baltic region. Sober-minded individuals will never understand what guides those people in their actions. They can be guided by anything: an eclipse, a comet…” the expert said.