War may backfire Jordan and Lebanon

The Israeli PM Benjamin Netanyahu arrives in Moscow on a short-term visit. The stance of both countries on the Iranian nuclear deal is quite dissimilar, and Moscow's intention to supply Tehran with S-300 surface-to-air missile systems deteriorated the bilateral relationships. Stanislav Tarasov, a political analyst and historian told Pravda.Ru in an interview what the visit is related to, and which is the Israeli stance on Syria. 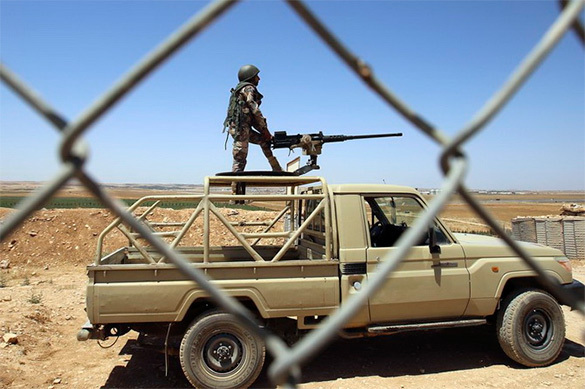 "Netanyahu and Putin have always had very good personal relations. Given the deterioration of relations between Netanyahu and Obama, as they did not share views on the Iranian problem, Israel turned out to be alone, and all the combinations of geopolitical games in the Middle East were destroyed. Now, Israel needs a guarantor, that would claim that Iran would not develop nuclear weapon. Moscow has always stated, that Iran does not possess the potential needed for nuclear weapons," Stanislav Tarasov said.

As he noted, the lifting of sanctions significantly enhanced the role of Iran in the intensified Syrian crisis. There has been a build-up of a wide coalition with the involvement of Russia and Iran. Putin invited Turkey to take part. Israel was out of play, but as the matter concerns the Syrian crisis, and it's a neighbouring country, Israel is directly interested in the peaceful settlement.

Mahmoud Abbas, President of the State of Palestine, also arrives in Moscow.

Moscow has intercepted the initiative of the Middle Eastern settlement.

"The Americans began to understand what the Assad's removal would lead to, as the Islamic groups would come into power, and it would decay Syria. Then the destabilization would ricochet the neighbouring Lebanon and Jordan. Here we get the expansion of this crisis, rather than the narrowing, which Moscow insists on," Tarasov concluded.