The fire at a petroleum base on the outskirts of Kiev, Ukraine, may lead to the appearance of acid rains not only above Ukraine, but also above the whole of Europe, Director of the Kiev Ecological and Cultural Center Vladimir Boreyko said, Pravda.Ru reports. 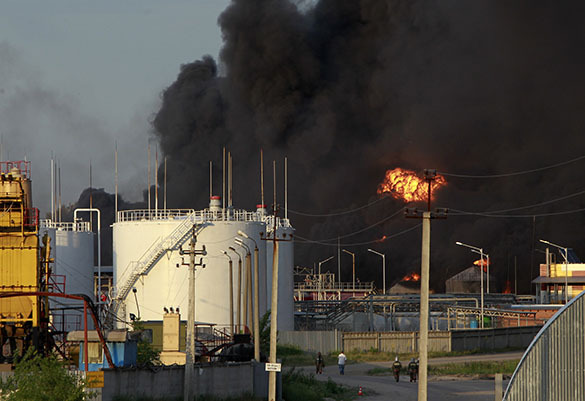 According to the scientist, the acid rains may cause considerable damage to crops and forests. "Acid rains can take place anywhere, as ecology has no limits," TASS quoted the ecologist as saying.

An enormous amount of formaldehyde, various suspensions and soot were discharged in the atmosphere of the Kiev region as a result of the petroleum base fire. This may cause a variety of diseases, such as cancer, among humans, said Boreyko. 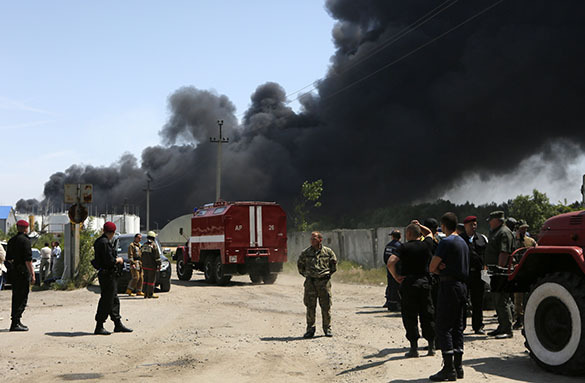 The fire continues for more than 24 hours already. Fuel tanks caught fire in the evening of 8 June. However, no one called fire brigades during the first 90 minutes of the fire. On June 9, a very large territory of the base was on fire, fuel tanks started exploding. Another petroleum base, gas networks and stockpiles of ammunition are only a hundred meters far from the epicenter of the fire.

For some strange reason, it is the Ukrainian minister for culture, not EMERCOM that supervises the operation to extinguish the fire that has killed five people and injured 12. Investigators consider three possible versions of the massive fire: arson, deliberate sabotage actions and production negligence.