Vice Admiral Joseph Mulloy: China's undersea fleet has surpassed that of the US 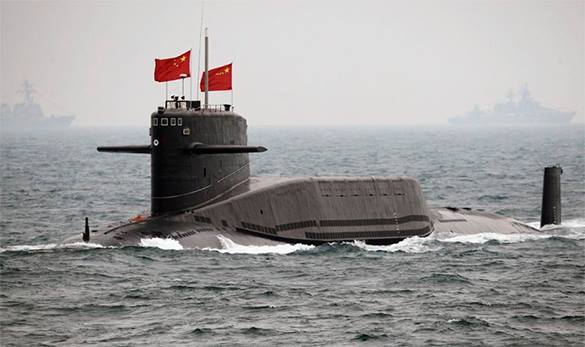 China is very quick to put new types of arms into service. Currently, China outnumbers the United States in terms of nuclear and diesel-powered submarines, US Vice Admiral Joseph Mulloy said. Although, he added, the quality of Chinese submarines is still inferior to American ones.

According to the vice-admiral, the USA is concerned about the fact that China was also expanding the geographic areas of operation for its submarines, and their length of deployment. The admiral exemplified his remarks with the recent mission of three Chinese submarines that were patrolling the Indian Ocean for 95 days, Pravda.Ru says.

"We know they are out experimenting and looking at operating and clearly want to be in this world of advanced submarines," Mulloy said at a meeting of the Committee on Defense.

US military officials have repeatedly expressed concerns about China's military growth, highlighting the cooperation between China and Russia in the field of military technology and strategic programs.

In this connection, the US government placed orders for 71 new submarines at Huntington shipyards.

In its latest annual report to Congress on China, the Pentagon said that China had 77 major warships, more than 60 submarines, 55 large and medium landing ships and 85 small missile boats. It was emphasized that China had created the technology to deploy nuclear weapons on its submarines, reports Pravda.Ru.