A high-profile event has happened on the world market. We now have a new leader in the field of trade. The U.S. has reluctantly handed its palm of leadership to the communist rival - China that had long been on the heels of "the world's first economy." China's exports and imports totaled $3.87 trillion, and those of the United States - $3.82 trillion. The gap is not that large, but there is a gap! 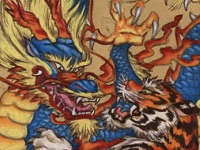 More than 50 years ago, after the end of World War II, the United States of America became the absolute leader in the world in term of commodity circulation. Now it's a time for a great change. For years, economists have been waiting for the moment when the communist power gets closer to the pedestal.

Thus, HSBC Holdings analysts suggested that China would become the world trade leader only in 2016, The View wrote. They were wrong. Despite the fact that the U.S. economy still remains the largest in the world, China has finally overtook America in world trade. How did the communist country manage to make such a major breakthrough?

"The dynamic growth of the Chinese economy that we could observe during the recent years is based on the development of foreign trade relations. In this case, foreign trade grows together with economy," Evgeny Nadorshin, chief economist at AFK System told Pravda.Ru. "This has been the basic model of China's development during the recent years, which helped the country succeed and become the important economy that the nation is today."

"There is another aspect to this. During the time of anti-crisis measures, the Chinese tried to switch to the growth at the expense of domestic demand. The Chinese population does not consume enough for a number of problems. A very high savings rate, quality standards and living standards of the population suffer greatly because the Chinese economy is oriented to foreign markets. First and foremost, the economy lives because it serves the needs of consumers in other countries. This is a significant problem. It turns out that China is responsible for pollution and for the difficulties associated with the production of a large number of goods. However, because of the lack of consumption incentives and due to low foreign exchange rates, the Chinese do not get the benefits of all this - other people do. The Chinese middle classes are concerned about that, and the authorities have to run one reform after another, but they have not succeeded yet," the expert told Pravda.Ru.

Indeed, the Chinese authorities are more concerned than pleased with what has been going on in the country. Tight connection with the markets of other countries look menacing for China, where the living standards of most people can hardly be called high, and where there is not much hope to increase the level of consumption. In the beginning of the new century, world markets were showing themselves from a very unfavorable side, especially in terms of stability. The Chinese authorities have to maneuver skillfully to protect their economy from aggressive external influence.

"The Chinese have to lower the yuan rate to maintain the attractiveness of their products in foreign markets. The local population is poor, and goods are largely delivered abroad. Maybe this is what helps China become the leader in world trade, but its share in GDP is high, - says Evgeny Nadorshin - Thus, the country is highly dependent on external markets and faces the fact that any kind of worsening of the situation, or instability in developed markets (both in Europe and in the U.S.) immediately affects the state of affairs in China. The Chinese government can not change it for the better, because the reforms that could change the system of internal consumption, have not been working yet. So from my point of view, the fact that China has managed to leave the United States behind in foreign trade is not an advantage at all. Nowadays, dependence on the markets of other countries is rather a negative factor.

"Many countries would like to be able to manage their growth better and depend on others less. Under present conditions, when many economies are not able to grow rapidly, the dependence on external markets, where governments are unable to stimulate external growth, can severely weaken the economy. China's foreign trade relations are one of its vulnerable sides. The Chinese economy slows down because of that, many internal economic problems appear, social discontent grows. All this leads to protests, and the middle classes do not understand the actions of the authorities."

However, the Central Customs Administration of China indicates early achievements of government reforms. In 2012, the country's dependence on foreign trade dropped by 3.1 percent compared to 2011 and reached 47 percent. The dependence on exports decreased to 24.9 percent, on imports - to 22.1 percent, says Utro.ru. However, Chinese officials acknowledge that the authorities of the country will have to put a lot more effort to reduce this dependency.

Be that as it may, many analysts and economists believe that very soon the U.S. will have to transfer the title of the largest economy in the world to the People's Republic of China. According to PricewaterhouseCoopers, it will happen in 2017. It is quite possible, though, that China will make a big step forward and become a modern communist superpower during a shorter period of time.