In a recent interview with the newspaper The New York Times, the U.S. president, Barack Obama revealed that his administration gave the green light for the study and development of a new kind of concept of a military attack without the use of nuclear weapons, but with the same destructive power. This concept is called Prompt Global Strike, a system of attack with missiles and "conventional" weapons that can reach any point on earth within an hour. 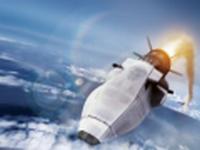 Political and financial support to the project is not lacking. Robert Gates, Secretary of Defense, told the U.S. broadcaster ABC that the administration has embraced the Prompt Global Strike. This includes the $250 million that Obama has asked from Congress in order to explore this alternative, which combines a military and aerospace technology edge. John McCain, Republican presidential candidate in 2008, has also expressed his support for a program that is both "expensive as essential."

Reservations for the new generation of Trident missiles, originally designed to incorporate the "Prompt Global Strike," meant that many in the Defense Department turned to alternatives. The answer should be a missile project that is called X-51: a weapon that the radars of Beijing and Moscow will not in theory confuse with a nuclear missile.

Using NASA space technology, this is the only non-nuclear weapon capable of reaching speeds of Mach-5 (5793 kilometers per hour) using the brutal effects of hypersonic speed to destroy targets with kinetic force coupled with a "conventional" warhead.

According to the Pentagon, this system will not be operational before 2015 and most likely its development will continue until 2020. According to American military science fiction, this weapon can be launched from a B-52 bomber and is capable of shattering a nuclear Iran or North Korea or to destroy a ship loaded with weapons in the Middle East or even explode the hideout of Bin Laden - who the U.S. gave up on finding long ago.

All of this is complete with cinematographic "extreme precision" in a few minutes and located with a power equivalent to a nuclear bomb. And so "humane" that it would not "mess" with the surrounding environment, as happens with the radiation emitted in an atomic explosion.

The Pentagon hopes to deploy a first version of the new weapon in 2014 or 2015. But even under the most optimistic time frame, a complete set of missiles, warheads, sensors and control systems should not enter into the arsenal between 2017 and 2020, long after Obama has left the government.

The design of the PGS is being headed by General Kevin P. Chilton of the U.S. Air Force, the highest official of the Strategic Command of the Armed Forces and the man entrusted with the U.S. nuclear arsenal. In the Obama administration, the new part of the work of General Chilton is talking about "conventional alternatives." Speaking from Offutt Air Force Base, General Chilton described the conventional capacity offered by the proposed system as giving the president "more options."

"Today we can present some conventional options to the president to attack a target anywhere on the globe, ranging from 96 hours to several hours, maybe four, five or six hours," said Chilton.

"This, however, would not be fast enough," he said, "if you reach a certain sector of intelligence about a movement of terrorists from al-Qaida or the imminent launch of a missile."

"If the president wants to act against a particular target more quickly than that, the only thing faster that we have is a nuclear response," he said.

The Prompt Global Strike (PGS) is an American military initiative that aims to develop a system able to deliver a conventional military attack anywhere in the world in just one hour, even as a military nuclear attack can be performed currently with ballistic missiles.

As stated by U.S. General James Cartwright, "Today, unless it is decided by the use of atomic weapons, it takes days, maybe weeks, until a military attack with regular forces can be released.

The objective of this system is to provide the capacity for a rapid conventional attack from the territory of the United States against any part of the globe in an emergency or conflict. The PGS system will be implemented to complement the other parts of the system of U.S. global assault with a system that can launch an attack against any place on earth or in space within 60 minutes.

The system is seen by the Obama administration as a means of reducing the nuclear arsenal and the expenses involved in it, while maintaining the same capacity for destruction. However, this system is capable of, when operated, to activate the nuclear defense systems from Russia and China, which would have made the Bush administration shelve the project.

The technical details and the precautions to be taken are still not clear to ensure to those countries that the missile launched does not carry nuclear warheads. Some military technicians suggest a missile trajectory altitude decrease or even inspection of launch sites by the Russians and Chinese.

The technology of this system causes so much concern of other nations that the Obama administration was yielding to demands from Russia so that the United States would disable a nuclear missile for every PGS missile. That provision was addressed in the final agreement reached between U.S. and Russia, signed by Obama and Medviédev in Prague.

On April 11, Secretary of Defense Robert Gates stated that the country already has the capacity for an attack by the Prompt Global Strike. The treaty signed between the Russians and Americans on April 8 does not distinguish between conventional and nuclear weapons, meaning that each missile or warhead of the PGS system will be considered for the limits stipulated in the arms deal. However, the U.S. State Department declared that this should not interfere with plans for development of PGS, as it does not exceed the limit.