Flight recorders of the Airbus A321 that crashed in Egypt will not help establish the cause of the tragedy. The black boxes of the aircraft contain the recordings that end abruptly, shedding no light on any problems in the work of the aircraft equipment. 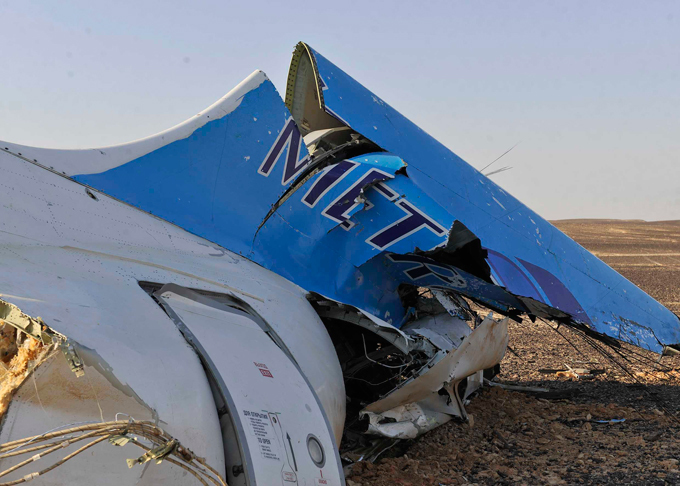 Experts note that the instantaneous crash of the aircraft could occur as a result of the separation of the tail of the aircraft, where a flight recorder was installed.

"The catastrophic situation on board was developing so fast that the pilots most likely had no time to react to it. Therefore, the content of the voice recorder is likely to be useless as well, taking into consideration the fact that the recorder was severely damaged," the Kommersant newspaper wrote, Pravda.Ru reports.

According to the records obtained from the black boxes of the Airbus A321, all systems of the aircraft were operating normally throughout the whole flight that lasted for 23 minutes. The plane was about to gain the required altitude for the assigned flight level, when something happened on board.

The instantaneous shutdown of the flight recorder can be connected to the explosive depressurization of the cabin that resulted in the separation of the tail part of the aircraft.

Noteworthy, Egyptian President Recall Abdel Fattah al-Sisi strongly denies the version of the terrorist attack as one of the reasons that led to the crash of the Russian passenger jetliner over Sinai. In addition, the data obtained from Russian and US satellites exclude the terrorist attack version as well.

The largest air disaster in the history of Russian and Soviet aviation took place in the morning of October 31, when an Airbus A321 with 224 people on board crashed in Egypt.