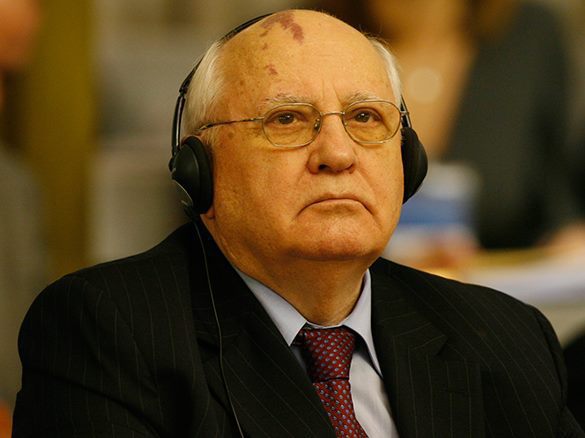 Former Soviet President Mikhail Gorbachev stated that the refusal of a number of Western leaders to come to Moscow for the celebration of the 70th anniversary of Victory over fascism was a display of contempt for the peoples who suffered huge losses in the war, Pravda.Ru reports.

"Ignoring the opportunity to demonstrate their attitude to the struggle against fascism that the Soviet Union was conducting shows disrespect to the peoples who had suffered enormous losses. This is disrespectful to the infinite courage that people had shown in the fight against the "brown plague".

Earlier, Gorbachev urged the USA to stop its quest for global domination. According to him, there is nothing that threatens America. "They need an enemy to go back to the old policy of pressure and command. They can not live without it. The dominance of the old policy has preserved. America must be stopped. It must be stopped in a friendly way," Gorbachev said.

"I think we have to be realistic. America is a phenomenon that one has take into consideration. America has certain rights to say its word and make decisions in the interest of the whole world, but leadership today can only be collective, like partnership," Gorbachev concluded.

US Ambassador to Russia John Tefft will represent the United States at the Victory Parade in Moscow. According to Russia's permanent representative to the EU Vladimir Chizhov, more than 20 heads of state will attend celebrations of the 70th anniversary of Victory in the Great Patriotic War in Moscow, Pravda.Ru reports.