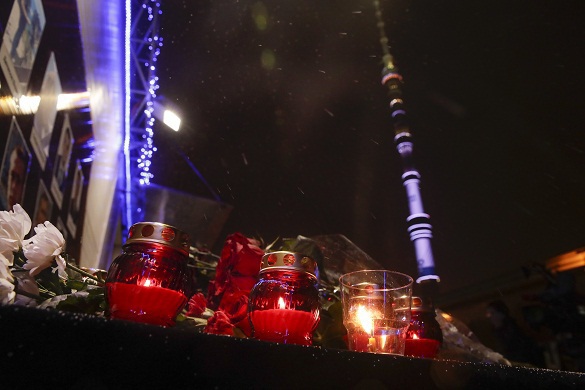 There were 92 people on board the Tu-154 passenger airliner bound to Syria. The plane crashed in the Back Sea leaving no survivors.

The head of state promised that the crash of the Tu-154 over the Black Sea near Sochi would be investigated thoroughly. Putin ordered to set up a special committee to investigate the disaster. The president also expressed his condolences to relatives of the victims.

The Tu-154 of the Russian Defence Ministry took off in the morning on December 25th from Adler airport. Two minutes later, the aircraft disappeared from radar screens. Afterwards, the wreckage of the airplane was found in the Black Sea 1.5 km from the coast.

There were 92 people on board - 84 passengers and eight crew members. Most on board - 64 people - were members of the military music ensemble named after Alexandrov, who were going to Syria to congratulate Russian servicemen in Syria on New Year holidays. In addition, there were military men and journalists of three Russian TV channels on board - First Channel, NTV and Zvezda.

Executive Director of Fair Aid Foundation Elizaveta Glinka, also known as Dr. Lisa, was also on board the plane. According to representatives of the foundation, Glinka was accompanying a humanitarian cargo to Tishrin hospital in Latakia, Syria. For many Russians, Elizaveta Glinka has become an incarnation of kindness, compassion and mercy. She had taken active part in many humanitarian missions in the Donbas and Syria.

The Tu-154 aircraft of the Russian Defence Ministry, which crashed in the Black Sea near Sochi, was technically sound, top representatives for the Russian Armed Forces said, Interfax reports.

"The aircraft was technically sound. Most recent maintenance works were carried out in September 2016," the head of the flight safety service of the Russian Armed Forces Sergei Baynetov said. Crew commander, Major Roman Volkov, was an experienced first class pilot, while the crew of the aircraft had made a number of flights to Syria before, the official added.

The special commission to investigate the reasons of the crash is awaiting the delivery of flight recorders for their analysis.

Most of the bodies of those killed in the crash of Tu-154 may remain inside the aircraft body. According to sources at law enforcement agencies, the remains of the passengers and crew "most likely remain inside the fuselage at a depth of about 60 meters."

For the time being, rescuers have recovered 12 bodies. As many as 3,000 people continue the rescue operation on the site of the crash of Tu-154 in the Black Sea. The operation will continue throughout the night, after light towers are installed on the crash site.