The services of the agency that was virtually selling children to the USA cost up to $20,000

Russian and US special services have conducted a special operation in Moscow to arrest members of an international criminal group that was dealing with the trafficking of children. The operation was completed successfully. “The group was conducting illegal activities for several years under the guise of various public services,” Deputy Prosecutor General of Russia, Sergei Fridinsky said Tuesday. 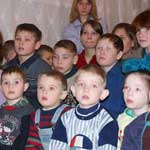 According to the official, several Russian and American citizens set up a firm which they named as Yunona. The company was registered in California. The firm was collecting confidential information about children in Russia, Ukraine, Kazakhstan, Vietnam, Guatemala and several other countries. The criminals were selling the collected information to adoption agencies. “It has been proved as a result of investigation that the organization was involved in the adoption of Aleksei Geiko who subsequently died in the USA in 2005,” Sergei Fridinsky told reporters.

The illegal company had a network of agents in various countries of the world. The agents were digging for information in children's homes and other social institutions with the help of bribes. The services of the child-trafficking agency cost from $10,000 to $20,000 for each client. Many of those US-based families that paid the agency for the services have never been able to adopt children from foreign countries.

The criminal activities of the company were ceased owing to the information exchange between Russian and US law-enforcement agencies. Yunona's California-based office was closed on January 6. Police officers raided other branch offices of the company in Russia's Krasnodar region several days later. A criminal case has been filed in connection with the inspections. The investigation is underway.

The founder and the owner of the human trafficking agency, Ivan Jerdev, and two of his employees, Nick Sims and Alex Nikolenko, were arrested in the beginning of 2006 in the USA. The criminals have received considerable amounts of money from child-loving, albeit childless US families. The clients' expectations to adopt a child were not meant to come true, though.

Up to three million children live without parental care in present-day Russia. The majority of them are being kept in specialized institutions. As a rule, Russian families do not tend to adopt somebody else's children even if they cannot have the one of their own.

12:53
Kremlin declared the United States hostile to Russia
21:11
Ukraine blows up ammonium nitrate to accuse Russia of chemical attack
17:46
Ukraine can skip Membership Action Plan on its way to NATO
17:34
Azovstal militants reveal how many days they can hold out
16:47
Russia and Ukraine reach agreement to evacuate wounded from Azovstal
16:12
Expert says why Kyiv was interested in nuclear weapon before Russian operation started
15:33
Putin at CSTO summit: Russia does not have any issues with Sweden or Finland
14:47
Renault Russia to start producing Moskvich cars
13:27
McDonald's decides to leave the Russian market completely, but then comes back
13:18
Bilateral trade between Russia and Finland collapses
World
Chechnya thanks the West for the weapons supplied to Ukraine