The problem of human trafficking and sex slavery disregarded globally

Coercive labor is quite a delicate topic, and governments usually prefer to ignore its existence within their national borders 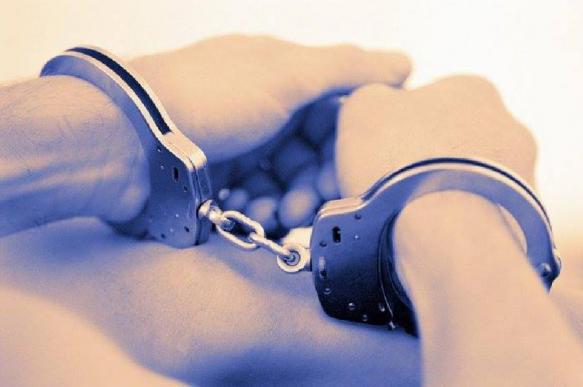 The annual global profit from the use of coercive works exceeds $30 billion. As experience shows, exploiters remain unpunished.

According to statistics data from the above-mentioned report, the state and armed forces use about 20 percent of work captives. The remaining part works for a variety of business branches, which can be quite specific business indeed. About eleven percent of modern slaves are involved in prostitution and other fields of sex industry. Sixty-four percent of enslaved workers work in traditional and quite legal industrial branches: construction, commerce, agriculture, etc. It is almost impossible to formulate the activity of the remaining five percent of modern slaves.

Slavery or coercive labor is currently used on all continents of the globe, in almost all countries, regardless of their economic grounds. Specialists distinguish traditional forms of coercive works, presumably in South Asia, Latin America and West Africa, where people often become slaves because of their debts. The state can also use slavery in its political and economic needs nowadays. Forced labor becomes a part of present-day reality for many immigrants.

”Traditional” forms of slavery and human exploitation are still used in the world as a vestige of the past colonial legacy, the above-mentioned report says. Such traditional forms of slavery are still practiced in certain regions of Africa, where the human trafficking business exists and prospers.

Globalization and migration also result in the creation of “contemporary” forms of slavery, which are mainly connected with organized criminal activities. Debt-enslaving business is registered in industrially developed countries in such fields as agriculture, construction, sewing and food-processing industries. Criminal groups do not hesitate to buy and sell children in order to use them for panhandling.

A lot of people become victims of sex slavery as a result of fraud. Criminals attract women promising them high-paid jobs in foreign countries. Prostitutes recruited from migrants are considered laborers on the market of sexual services, whereas local prostitutes are valued at a higher extent. People, who use sexual services, say that they would not file a police report even if they come across a prostitute, who virtually works as a slave. Some people even confessed that they prefer young and enslaved prostitutes because they are more submissive.

A considerable economic difference in the Asian region has become a favorable environment for illegal business in Thailand, where women and children are trafficked from Burma/Myanmar, Laos and Cambodia. Vietnamese women and children are illegally trafficked for sexual exploitation to Cambodia and for coercive marriage and household works to China. Australia, Hong Kong (China), Japan, South Korea and Taiwan (China) are the centers of human trafficking from Indonesia and the Philippines.

Japan is also a large country of destination for victims of the criminal business. The majority of people come to Japan from South-East Asia and Latin America and even from East Europe. Prostitution in Japan exists within the framework of restricted commercial activity connected with rendering sexual services. Powerful organized criminal groups control the sex industry and play the central role in the trafficking of people.

The issue of slavery is extremely important in Russia too. Researchers revealed that coercion is strongly connected with the labor experience of a lot of migrants in Russia. In other words, people often realize, what they are doing, when they try to leave their republics and settle in Russia. As a rule, potential victims migrate at their own will. When employers hire such people, they usually take away their IDs and do not pay any salary. The enslaving process ends up with restriction of freedom and physical violence.

Corruption and racketeering also plays an important role in maintaining the vulnerable position for illegal migrants. Criminal groups often blackmail and intimidate such workers with the purpose of extortion.

Coercive labor is quite a delicate topic, authors of the above-mentioned report believe. Governments usually prefer to disregard its existence within their national borders. Experts believe that it is extremely hard to start targeted investigations in order to trace the facts of coercive labor and put an end to the illegal practice. Furthermore, victims of modern slavery are not willing to act as witnesses on such cases, being afraid of their own exploiters, immigration agencies and other law-enforcement authorities.

The problem of labor slavery in Russia is directly connected with ethnic migrations from the republics of the former USSR. This migration is not to be regarded as a source of very cheap labor force only. Migrants oust native Russians from the labor market and also endanger the fragile ethnic balance that has been historically formed in Russia.