Gunfire can be heard on the outskirts of Bishkek, the capital of Kyrgyzstan, near two penitentiary institutions N3 and N31. Police units and governmental troops have blocked all roads to the two colonies. 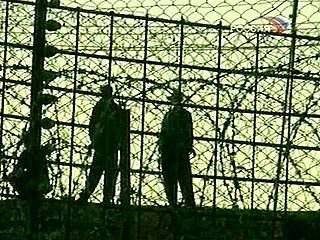 In the meantime, a source from the government of the republic said that the prisoners in several correctional facilities were conducting a previously organized mutiny. According to Kyrgyz law-enforcement authorities, the prisoners demand the return of one of their criminal authority, Aziz Batukayev, who has been sent to another correctional facility, which apparently instigated an outburst of protests among the prisoners.

Actions of protests occurred in other penitentiary institutions in the south of the republic. About 20 prisoners were killed on Tuesday, when special troops were trying to subdue the rallies, local news reports say. Official sources in the authorities have not confirmed the information about the victims, though. Kyrgyz media outlets also say that prisoners went of hunger strike in a lot of correctional colonies.

Special rules were enacted in all correctional facilities of Kyrgyzstan on October 20: the guards and the personnel were not allowed inside the colonies whereas security measures were intensified. The inmates of correctional colony N31 killed the chairman of the parliamentary committee for law-enforcement agencies, a deputy of the Kyrgyz parliament, Tynichbek Akmatbayev. The deputy visited the colony with a view to get acquainted with the living conditions in the institution. 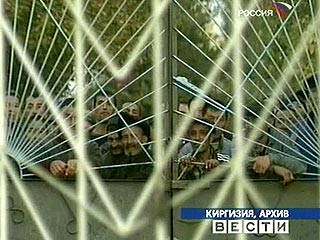 As a result of a shootout, which occurred in the facility, the prisoners killed the deputy and three other people accompanying him. About 200 prisoners participated in the mutiny.

The president of Kyrgyzstan ordered to investigate the accident in colony N31. The press service of the Kyrgyz government issued a statement, in which it was said that the prisoners of the colony agreed to lay down their weapons and deliver the bodies of the killed officials.