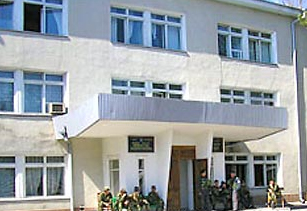 Members of the massive action of protest in the former Soviet republic of Kyrgyzstan seized the building of the regional administration in Osh, which is the largest city in Kyrgyzstan's south. Police officers, who were protecting the building, did not show resistance to the assaulters, Itar-Tass said. The Kyrgyz opposition currently controls the buildings of the city's internal affairs administration and the national security service, Interfax reports.

The Kyrgyz opposition, which seized the southern regional city of Jalal-Abad during the weekend, sent a letter to the government with a suggestion to sit down at negotiation table and ban the use of weapons during the conflict. News agencies reported first victims of Sunday. The government of the republic reportedly decided to take actions to suppress the massive action of protest in the south of the republic, in Jalal-Abad and Osh. About ten people were killed in the clash with special troops. 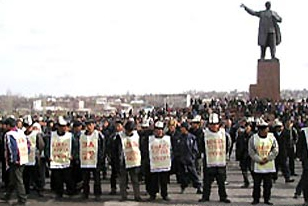 The protest has been caused with unprecedented falsification of the recent parliamentary elections in the republic. Several opposition and independent candidates were deprived of mandates as a result of the fraud. Opposition followers decided that they had nothing to do but to storm the local administrative buildings.

The protesters handed over the letter to the republic's government with a suggestion to conduct negotiations on March 20th. Governmental officials received the letter from OSCE spokespeople, Ishenkul Boldzhurova, an official of the Kyrgyz national opposition movement told Interfax. Boldzhurova added that the government had not responded to the suggestion yet, nor had she specified the terms of the opposition.

The situation in the city of Osh is quiet at the moment, Interfax reports. Thousands of people reportedly gathered for a massive rally in Jalal-Abad on Monday. No incidents have been registered in Bishkek, the capital of Kyrgyzstan. 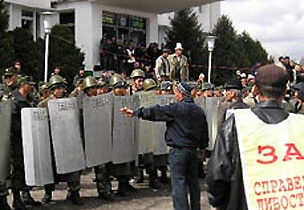 Nikolai Tanayev, the Prime Minister of Kyrgyzstan, has confirmed the takeover of the airport. The minister said that the protesters blocked the runway with burning tyres and several tons of gravel. Tanayev added that the government of Kyrgyzstan was ready to talk with the opposition. The prime minister added that he had already talked with one of the opposition leaders in Jalal-Abad. “I talked to Bektur Asanov, the leader of those people, on the telephone. He is a deputy of the Kyrgyz parliament. I told him that we had to settle the problem in a civilized way. We agreed that we would negotiate on the matter,” Nikolai Tanayev said.

The situation in Osh, the largest city in Kyrgyzstan's south, is still tense. The Kyrgyz prime minister said that the republic's law-enforcement authorities would not be using weapons against the protesters. The minister said that news reports about the ten victims of the conflict were not true to fact. “Those news messages are rumors. Residents of local towns started gathering in the regional center and formed an uncontrollable crowd because of those rumors,” the minister stated.