Hurricane Rita horrifies the USA with its enormous destructive power as it is steadily moving towards the Gulf of Mexico coastline. Forecasters say that Rita's strike on the coast may result in much more serious consequences in comparison with what New Orleans has recently been through. Rita has already flooded Florida and strengthened into category 5 hurricane as it gained power from warm waters of the Gulf of Mexico. A state of emergency has been declared in Louisiana and Texas. 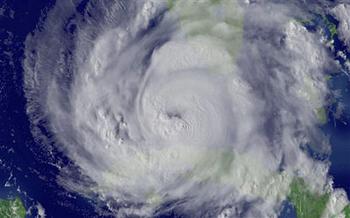 Although Rita had been expected to remain a category-four storm until it reached land, the National Hurricane Centre on Wednesday night upgraded it to a top-of-the-scale category-five storm, with sustained winds of 265kph. More than one million people have already abandoned their homes along the Texas coast. Residents of the island city of Galveston, Corpus Christi and low-lying parts of Houston 50 miles inland were among the 1.3 million Texans told to evacuate. Houstonians fleeing their city created bumper-to-bumper traffic jams on interstate highways that lasted well into the night.

Forecasters said Rita could be the most intense hurricane on record ever to hit Texas, and easily one of the most powerful ever to plow into the U.S. mainland. NASA officials at the agency's Johnson Space Center (JSC) in Houston closed the manned spaceflight facility Wednesday as Hurricane Rita approaches the Texas Gulf Coast. Primary mission operations for the International Space Station will be handed over to Russian flight controllers in the interim. The center will remain closed until the hurricane threat passes.

Two nuclear reactors of the South Texas Project, southwest of Bay City, are expected to be in the path of Hurricane Rita. The reactors will be shut down several hours before the storm is expected to hit land.

Texas Gov. Rick Perry urged residents in his state's coastal communities to begin making urgent evacuation plans. Thousands of people, including some who fled Hurricane Katrina last month, streamed out of Galveston and other Texas towns Wednesday. R. David Paulison, acting undersecretary for homeland security, said support teams and supplies were being relocated from Florida to Texas as Rita's landfall nears. Fourteen urban search-and-rescue teams, with a total of 800 members, and 400 medical personnel were being put in place, he said.

US President Bush has been taking urgent measures to prepare his nation for the strike of Hurricane Rita, which has already become third most intense storm in history. Some experts believe Bush may considerably improve his image against the background of recent criticism that he received after Katrina Hurricane. If US authorities manage to perform a successful operation, the president may prove that the government was not ready for Katrina, but it could learn by its mistakes.

"Federal, state and local governments are coordinating their efforts to get ready," Bush said. "We hope and pray that Hurricane Rita will not be a devastating storm, but we've got to be ready for the worst."