The dead body of five-year-old girl Polina Malkova was found on the outskirts of Krasnoyarsk (in Russia’s Siberia) yesterday. Polina went missing on March 19, soon after her mother let the girl out to play on the playground. 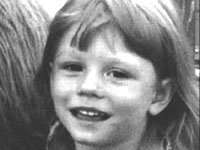 Polina’s parents identified the body of their daughter today. The identification procedure took place on Thursday night, the girl’s father, Valery Malkov said. The man said that he could see traces of violent death on his daughter’s body - bruises and cuts.

All police units of Krasnoyarsk, hundreds of cadets and volunteers were searching for the girl for several days 24/7. Krasnoyarsk Mayor, Pyotr Pimashkov, announced a reward for the girl in the sum of 500,000 rubles.

Polina Malkova’s missing case become yet another tragic incident connected with the mysterious kidnapping of small children in Krasnoyarsk. A nine-year-old boy, Sergei Malkov, disappeared in the city a year ago, also in March. His body was found in a sewage well six days later. There were no traces of violent death found on the boy’s body. The boy’s parents got accustomed to the idea that their son had died as a result of an accident. Now they are certain that there is something in common between the death of their son and the killing of Polina Malkova.

Two years ago the whole of Russia was shocked with the news about the terrible death of five schoolboys from Krasnoyarsk (read article). Their charred bodies were also found in a sewage well outside the city. The cause of their death still remains unknown.