The remnants of five children that were found in a sewage well in the city of Krasnoyarsk, in Russia's Siberia, belong to the five missing boys, that mysteriously disappeared about a month ago, in the middle of April. Specialists concluded that the children had been murdered. 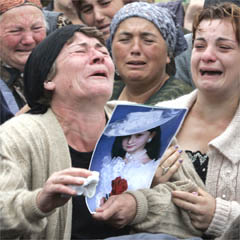 Deputy Prosecutor General of Russia, Vladimir Kolesnikov, stated at a press conference in Krasnoyarsk that the expert decision on the remnants was final. “We do not know how exactly the children died, but it is obvious that they have been murdered,” Interfax quoted Kolesnikov as saying.

Pravda.Ru has already reported before that the body fragments had been found in the well of the city's sewage system, just 300 meters far from the residential area, where the children lived. Elena Penzina, a well-known local journalist and a deputy of the Krasnoyarsk City Council, said that one of the five boys was burnt alive, the Siberian News Agency reported.

Spokespeople for the Russian Internal Affairs Ministry originally said that the death of the five boys had been caused with an accident. Experts found excessive content of carbonic acid in blood of one of the Krasnoyarsk schoolboys, a spokesman for the ministry, Denis Strukov said. “It can probably be considered another evidence of an accident,” the official said. Strukov added that forensic experts found no traces of violence on the boys' remnants. 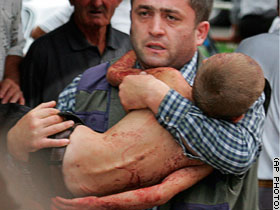 Ten police officers of Krasnoyarsk will be called into criminal account for inattentive examination of the territory during the search for the missing children, whose bodies were found on May 8th in a well of the city's sewage system, Newsru says.