The grenade, which was thrown in the crowd of people during George W. Bush's speech in Tbilisi on May 10th, was prepared for action

Twenty-seven-year-old resident of Georgia, Vladimir Arutyunov, was nabbed on the outskirts of Tbilisi, the capital of Georgia, yesterday. The young man is suspected of being involved in the incident with a grenade, which he had thrown at George W. Bush during the speech that the US president delivered in Tbilisi's center on May 10th. 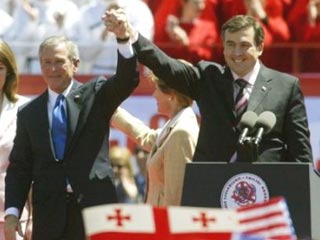 The Georgian Minister for Internal Affairs, Vano Merabishvili, has officially confirmed the information. “We are currently specifying all the details. We need several hours or days to receive the all the information about the fact of the attempted assassination,” the minister told reporters yesterday night.

The police made an ambush in the apartment block, where the suspect was living. Vladimir Arutyunov opened fire at the policemen: one serviceman of the Georgian special police unit was killed in the shootout. The suspect refused to yield and attacked the policemen with automatic fire. Arutyunov was wounded; he tried to run away in the woods, but was eventually arrested.

Vladimir Arutyunov's neighbors told the police that the young man had been living in the settlement with his mother for 23 years. The boy was growing up without a father. The Arutyunovs were living below the poverty line, the tenants said. The police found a large quantity of weapons in the man's apartment. The suspect's mother was arrested as well, RIA Novosti reports.

The Georgian Minister for Internal Affairs said that the special operation in the suburbs of Tbilisi became possible owing to close cooperation with US special services. 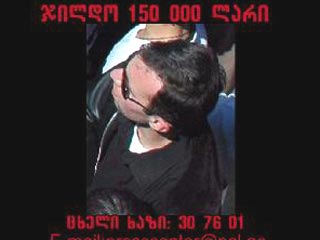 The photograph of the man, suspected in making an attempt to assassinate the US president during his visit to the post-Soviet republic of Georgia, was distributed on July 18th. The minister for internal affairs of Georgia said at a special briefing that the person, who could provide the information about the suspect's whereabouts, would be rewarded with $80,000. The police received about 150 anonymous calls after the announcement.

Bryan Paarmann, an FBI agent, stated at a press briefing in Tbilisi in May that the grenade, which was thrown in the crowd of people during George W. Bush's speech in Tbilisi on May 10th, was prepared for action. “The grenade did not explode because of the insufficient shocking impact, as it hit a little girl who was listening to the US president with other people,” Bryan Paarmann said.