The virus was most likely discharged in the water, which a local brewing enterprise used in the production

Hepatitis A epidemic is gathering steam in the Tver region of Russia, spreading to other regions of Russia's center. Eleven residents have been hospitalized with hepatitis in the neighboring Smolensk region. 352 people in total, including 75 children, have been infected with hepatitis A as of 9 a.m. of June 9th. 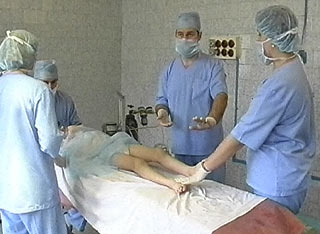 Investigators say that the infection sprang from the Rzhev-based brewing company Rzhevpivo (the Tver region), which is the largest enterprise in the town. Doctors say that the viral infection could find itself in company's products as a result of a terrorist act. Competition with other brewing companies could also become a reason of the hepatitis epidemic in the Tver region of Russia, which is adjacent to the Moscow region.

All eleven patients from the Smolensk region consumed products by Rzhevpivo. It is worth mentioning that the enterprise delivered its production to other regions on a regular basis. Pravda.Ru has already reported before that the infection originally appeared from a workshop, which illegally produced mineral water and soft drinks. The original version has not been confirmed, though: specialists determined now that the epidemic began because of the brewing company's production.

The epidemic of hepatitis has not reached the Moscow region yet. However, 67 more people were hospitalized with the hepatitis A virus in the Tver region yesterday. Sanitary inspectors say that the virus was most likely discharged in the water, which the brewing enterprise subsequently used in the production process.

”I believe that it was either a terrorist act, or the competitive struggle. There is no official version so far, investigators are still working,” a sanitary inspector said.

Spokespeople for Rzhevpivo say, however, that their company has become a scapegoat in the problem. “We absolutely deny our guilt. The bacteria, which medical specialists found in our products, cause dysentery, not hepatitis,” a spokesperson for the brewing company said.

Russia's Surgeon General, Gennady Onishchenko, stated that there had been no lethal outcomes of the epidemic registered. “Fortunately, hepatitis A is not a fatal disease,” the doctor said.