Moscow stands on the brink of hepatitis epidemic 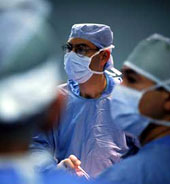 One hundred and eighty-nine people, including 44 children, have been recently hospitalized with hepatitis in the town of Rzhev, the Tver region of Russia. The outburst of the hepatitis epidemic was registered in the town on May 30th. The total number of infected people already exceeds 200, chief doctor of the Rzhev Central Hospital, Vladimir Nikiforov said. Investigators say that the epidemic of hepatitis occurred because of the production made at an illegal mineral water workshop, which had been found on the outskirts of the town. The workshop supposedly delivered the infected water to Moscow, investigators believe.

Some 650 ampoules of hepatitis vaccine have been urgently delivered to Rzhev to prevent the progression of the lethal epidemic. However, spokespeople for local law-enforcement agencies think that a batch of the mineral water, which has been manufactured at the illegal workshop, could have been sold to Moscow's retails. The small factory was most likely built to make mineral water for Russia's capital, although it was selling the product to local stores too.

”We cannot deny the fact that the potentially dangerous mineral water might soon appear somewhere in Moscow shops,” a senior official from the Internal Affairs Administration of Moscow, Philip Zolotnitsky said.

”The small workshop is situated on the outskirts of the town of Rzhev, in a village. The shop was housed in the building of a former canteen. The police arrested the production of the workshop on June 3rd and found over a thousand of 1.5 liter bottles of mineral water and 100 bottles of gin-tonic. The production was withdrawn, the supposed owners of the goods were arrested,” an official with local law-enforcement agencies said.

Employees of the factory were making “refreshing drinks” in dirty and rusty reservoirs, in which they mixed common water with soda. They bottled water and gin-tonic manually. To make matters worse, homeless individuals collected the plastic bottles on dumps, Newsru wrote.

Hepatitis A is the most common form of the virus. First symptoms occur from 7 up to 50 days after the infection. The disease, the initial form of which bears some resemblance to flu, usually starts with fever. Patients recover in the majority of cases, in which active medical treatment is not required.